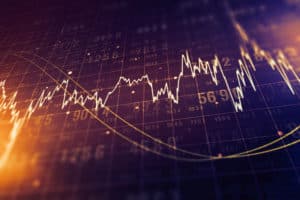 Listed derivatives volumes have continued to reach record highs throughout the course of this year on the back of spiking interest rates and fears of inflation.

Energy prices caused by the Ukrainian conflict, the rising cost of living and supply shortages post-pandemic have forced monetary policy decision makers to turn to interest rate hikes to counteract the threat of inflation and a recession.

Following inflation numbers printing at 40-year highs at the start of the year, the Bank of England (BofE) raised the UK base interest rate by 0.75% to 1% at the start of May. It will meet again on 16 June to discuss a further rate hike. The European Central Bank, which is responsible for inflation across the 27 member states, has also had several discussions around whether or not to implement rate hikes. With interest rates dormant for the past 10 years, the recent movements have unsurprisingly cast money markets into turmoil.

According to ICE’s global head of financial derivatives, Steven Hamilton, Euribor futures recorded their fourth highest volume day on 3 February since the launch of the contract in late 1998 following the European Central Bank’s decision to discuss an interest rate hike.

“This is a different type of inflation from anything anyone has seen before. For us that feeds through into the rates market because generally where there is inflation the policy makers job is to control that and one of the tools to do that is by raising interest rates,” he told The TRADE.

“The year began with a positive outlook which was very quickly hampered by uncertainty. That means risk and exchange traded derivatives are risk management tool. Especially in Euribor, which looks at EU short term interest rates. If you think EU rates have been flat to negative for 10 years, all of a sudden we’ve seen a huge new amount of interest in Euribor ETDs [exchange traded derivatives].”

Hamilton confirmed further rate hikes should be expected across the globe – and traders are now pricing a European Central Bank hike into the futures market for the end of 2022.

“If you look at the short-term sterling curve we have rate hikes priced in this year and next year and at the moment rate cuts in 2024. That’s an unusual curve,” he added. “You’d normally expect a consistent picture of growth. What the market is saying is that inflation, growth and control are not here to stay. It doesn’t say it’ll be permanent.”

For chief executive of options market maker Mako, Trystan Schauer, interest rate hikes and worries around inflation have altered the types of trading taking place in the market, moving away from the systematic forms of trading seen in the last few years towards two-way trading, which takes place in differing directions and more frequently.

“Pension funds and mortgage providers have to hedge the portfolios against a combination of rising inflation and interest rates,” he told The TRADE. “Hedge funds have different views on the future, taking into account the end of the inflation bubble and potential recession at the end of it etc. The cycle shifts more swiftly. Fears of recession versus inflation cause great uncertainty in the short-term, leading to volatility in people’s view of the ‘right’ trade leading to people trading the market more frequently.

“Five years ago, the general market view around interest rates was that they would be static with some questions around language in central bank meetings and QE moving the future 1-4 ticks (=bps). Now nobody can predict whether rates will be up 1% in one years time or back to flat!