The TRADE is pleased to announce the winners of this year’s Leaders in Trading awards, with the recipients honoured at a ceremony held last night at The Savoy, London. 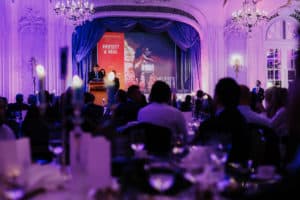 Over 260 industry leaders joined The TRADE in a sold-out room to recognise the year’s leading individuals and firms within the industry, with 35 awards handed out across buy-side, editors’ choice, algorithmic trading and EMS categories.

CLICK HERE FOR OUR PHOTO GALLERY FROM THE NIGHT

Input for the coveted Buy-Side awards was opened to the industry after a lengthy period of industry consultation prior, and The TRADE received nearly 1,200 votes across the six award categories. This year, Laimonas Staskus of BlackRock and Alex Jenkins of Polar Capital were named trader of the year for long-only and hedge funds, respectively. 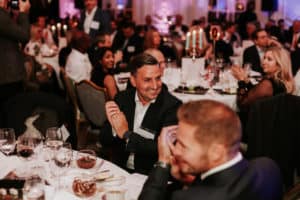 Federated Hermes received the trading desk of the year award, while State Street Global Advisors won the award for multi-asset desk and Jupiter Asset Management received a honour for its mid-cap trading.

This year’s prestigious Lifetime Achievement award for the buy-side was handed to Jeremy Ellis, head of European equity trading at T. Rowe Price, in recognition of his contributions to the industry over the past 40 years, with more than 20 of those spent with the asset manager. 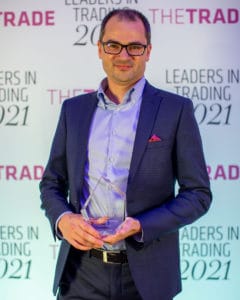 Laimonas Staskus of BlackRock named Trader of the Year (Long Only)

Nikki Beattie, founder and managing director of Market Structure Partners and prominent industry figure, was honoured with the Editor’s Choice Lifetime Achievement award for the sell-side, recognising her 25 years of experience and illustrious career in financial markets. Her previous roles have seen her work at Merril Lynch, the Financial Conduct Authority and Kepler Cheuvreux.

The Editors’ Choice categories are always highly competitive, and this year proved no different. Across the 14 awards, this year’s winners – as judged by The TRADE’s editorial panel – were all worthy given their achievements over the past 12 months. 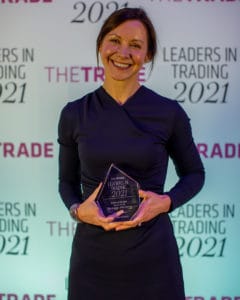 FlexTrade collected the outstanding trading technology provider award and, this year, FINBOURNE Technology were crowned FinTech of the year, in the category supported by Instinet.

Within the Algorithmic Trading & EMS categories  -which are based on the results of The TRADE’s annual surveys – there were several firms that took home multiple awards. Exane BNP Paribas took home two honours from the algorithmic trading category, overall outperformer and best access to market. Berenberg also received two awards in the algorithmic trading category, best ETF capabilities and best customer support. 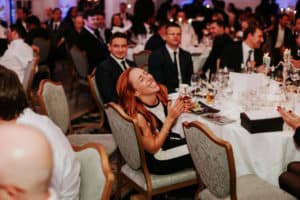 Congratulations to all of this year’s winners: