The TRADE > Thought Leadership > MiFIR Review: Current state of negotiations and the importance of getting it right 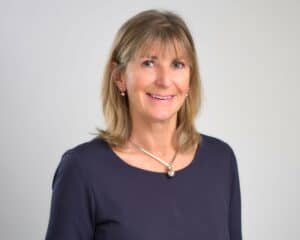 Niki, why is the Mifir Review so important to the future of EU Capital markets?

The EU is currently grappling with how to make its capital markets more attractive to international investors – particularly given the more principles-based approach being taken by the UK in the post-Brexit environment – as it tries to reverse a period of declining trading activity vis-à-vis other developed markets. A considered approach to reworking Mifir – which puts the needs of end investors first – is an opportunity to solve many of these problems and should not be missed.

There are various reasons why EU capital markets increasingly lag those in the rest of the world. Much of its market infrastructure is fragmented along national lines and inefficient (particularly in the post-trade space), market data is expensive for investors to source, and Europe is simply failing to attract retail participation in the same way as other regions.

To rectify this, regulators should make European market data more accessible and promote user choice through an open, competitive and pan-European market structure. The Mifir Review touches on all of these issues, including the potential emergence of a consolidated tape (CT) across asset classes, and potential changes to the transparency framework in equity market structure. 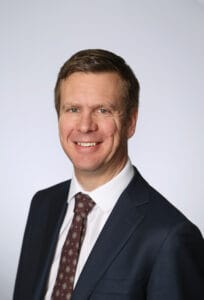 Nick, how have negotiations developed on the equities consolidated tape?

The European Commission’s initial Mifir proposal signalled a major step forward for the realisation of a long-awaited equities CT by requiring the mandatory contribution of data by venues and APAs.

Cboe is supportive of a real-time CT including pre-trade quotes, believing that it is an essential part of a modern markets framework, and that its introduction will help drive long term growth of trading activity as well as enhancing market resilience.  But despite a series of overly generous concessions that the EC offered to win their support (including a multi-year delay to the inclusion of pre-trade quotes), most other exchanges have vehemently opposed the CT, pressing at every stage to derail or delay introduction of the CT, and to compromise its commercial viability by limiting its content.

Despite this opposition, both the EU Council and EU Parliament have been more ambitious than the EC, recognising the importance of a real-time tape and of including pre-trade data.  The Parliament has currently proposed a pre- and post-trade real-time equity CT, while the EU Council’s less attractive compromise is for a real-time post-trade equities CT that includes with each trade a snapshot of the EBBO at the time of execution. While a retrospective EBBO snapshot is not something participants will be able to act upon, it would at least require a CT provider to receive and process real-time quotes from which such snapshots will be generated, simplifying the path to subsequent dissemination of true real-time quotes.

We cannot stress enough the importance of including true real-time pre-trade data: For the tape to be economically viable it must offer institutional investors an attractive alternative to purchasing data from each venue individually. For it to encourage greater retail participation in EU markets, it needs to make real-time prices easily accessible to a broad audience. And to improve the resilience of our markets to technical outages, it needs to ensure ongoing transparency to market prices and the status of individual venues.

Niki, what are some of the other implications of the EC’s initial proposal for an equities CT, in particular around revenue distribution?

The EC proposals are clearly an important step forward in the creation of an equities CT, however we believe the amount of work required to establish and oversee the CT has not been fully thought through. In Market Structure Partners’ study into the emergence of a CT in October 2020 – which was commissioned by the EC – we advocated for a fully-fledged organisational layer between ESMA and the CT provider to manage the process. We still believe that is necessary.

The other area of ongoing controversy is around revenue distribution. The EC originally proposed a minimum revenue target for the CT provider to meet, and also that only regulated markets (listing markets) would be compensated for providing their data to the CT provider. Even though pan-European MTFs and APAs would be required to make their data available to the tape provider, they would not be eligible to receive any of the revenues generated. Taking Cboe Europe as an example, it would be providing 50% of the data to a consolidated tape provider – by virtue of being both a leading venue and the leading OTC trade reporting service – but would be receiving none of the revenues. This highly discriminatory approach was one of the compromises the EC offered to win the support of exchanges. That didn’t happen, which is a relief, because such a model would significantly disadvantage pan-European venues which have delivered lower costs and greater choice for the benefit of end investors.

As discussions stand, both the Council and the Parliament have proposed a revenue sharing model for the equities CT which rewards smaller exchanges first, followed by venues based on the level of pre-trade transparency they offer, and finally favouring venues that also perform a listing function. It is important that smaller exchanges need to remain viable businesses and should be rewarded appropriately from the tape – it is also a great opportunity for them to package their data alongside that of other markets and expand their audience of potential investors. However, beyond this, all market data contributors should be compensated in a fair manner, proportionate to the value to consumers of the data they contribute. It might be legitimate to recognise that data from pre-trade transparent markets is rewarded more highly than non-displayed markets, but there should be no discrimination amongst venues in the same category.

Nick, what are the latest proposals in the context of equity transparency?

We believe the best way to make Europe attractive to investors of all types is to cater to their needs by offering a range of trading mechanisms to facilitate price and size discovery. Our periodic auction service, for example, is around 4,000 times slower than our central limit order book. That attracts a different participant mix, helping less technically sophisticated market participants and institutional investors to avoid negative market impact.

The EC’s initial proposal sought to shower incumbent exchanges with concessions in return for their support for a CT. The suggested changes would have almost entirely prohibited midpoint trading in the EU via a minimum order size threshold that would have eliminated more than 95% of trades in reference price waiver (RPW) systems. Given the UK’s decision to replace the double volume cap system with a new power for the FCA to intervene if necessary to protect price formation, the EC’s proposal risked driving liquidity offshore to venues that, whilst still accessible to international investors and brokers, undermining their access to liquidity and their international competitiveness.

Encouragingly, both the EU Council and EU Parliament have proposed not to proceed with the minimum size threshold for RPW venues. They also suggest postponing or relaxing the volume cap mechanism, whilst reserving the right for European Commission to intervene if there is a demonstrated threat to price formation. European investors benefit greatly from having access to diverse trading mechanisms that solve for different liquidity and market impact sensitivities.