The TRADE > Thought Leadership > The best of both worlds 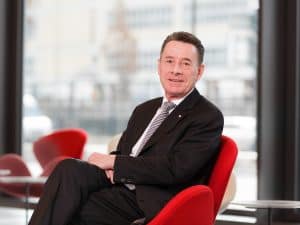 This year has seen a strategic and operating realignment of several activities within SIX Group. Under the banner of SIX2020, SIX has grouped together its trading, clearing, settlement and custody activities and merged services for the Swiss payment system, including interbank payments, SEPA payments, the processing of card-based and mobile payments for banks, operating ATMs, and e-bills. SIX has also strengthen edits innovative capacity by building upon the independent Innovation & Digital business unit as a vehicle for all future innovation.

In mid-2019, the SIX Digital Exchange (SDX) will collapse trading, clearing and settlement in a new venture designed to create a secure regulated environment for investment in digital assets. SDX will initially look at tokenising existing assets before exploring the potential of tokenisation for broadening asset allocation opportunities.

SDX will run as a regulated market equivalent to our existing facilities and we are working with lawmakers and regulators to ensure that tokenisation achieves the same status for investors as they would currently expect from a share purchase.

In the meantime, SIX continues to be the reference market for Swiss equity trading with a market share of 70% in the SMI, a 90% presence of the best bid/offer in our order books, and average spreads of 3.55bps – 0.4bps tighter than our nearest lit rivals.

The year to date

The first half of 2018 saw year-on-year trading turnover grow to CHF 733.5 billion, with the number of transactions rising by a striking 21.6%, spurred partly by the advent of MiFID ll and partly by changes in tick sizes creating more tickets.

SwissAtMid, our non-displayed liquidity pool and the largest such pool for Swiss equities, registered a record month in July. Value traded amounted to CHF1.4 billion from 59,000 trades. It offered clients an average 4bps price improvement that translated into direct savings of over CHF2 million for our market participants. In July, there were 42 trading participants active in SwissAtMid. Twenty-two were Swiss-domiciled, 14 UK-based and the remainder were from France, Germany, Ireland and the Netherlands.

With a trading turnover of CHF 4.7 billion in 2017, SwissAtMid has significantly contributed to the exchange’s impressive market share in trading of Swiss large cap equities of 70.6% (up from 64.6% in 2016).

Earlier, in May, SIX launched two new order types – Limit Plus and Iceberg Plus – through which participants can simultaneously access the lit order book and SwissAtMid. Prior to the “Plus” orders, SIX had already introduced a “Sweep”  order, enabling participants to look for midpoint liquidity in SwissAt- Mid before routing to the lit order book of the exchange in a single step.

Both of the new order types allow participants automatically to execute at the best price available across the two liquidity pools. As this was not included in the exchange’s mandatory release earlier in the year, we expect system providers who have not yet done so to implement this functionality over the course of the coming months.

Complementing these trading developments, SIX has also been working on expanding connectivity options. Over the past few years, connectivity costs and latency have become an issue for exchange participants globally. SIX introduced a London Access Point in March 2015 and in January 2018 installed an additional Access Point in Frankfurt, providing participants fast, low-cost access to the SIX trading platform and obviating the need for London or Frankfurt-based participants to lease their own lines to the exchange.

A second initiative in the connectivity area, known as 12Horizon or 12H, is a joint venture to provide low-latency access for Swiss securities trading via radio-frequency technology, which enables significantly faster transmission of data. 12H creates four European hubs – London, Frankfurt, Milan and Zurich – and relays electromagnetic wave frequencies between towers located along the most direct routes between trading centres. This technology, for example, allows participants to send market data at 99.97% of the speed of light, as many as 1000 times in one second between Frankfurt and Zurich, back and forth.

Next in the pipeline is a secure internet-based front-end tool for bond issuers. Called Deal Pool, it will allow syndicate banks in the fixed income space to communicate with investors and connect to existing tools in an intuitive way. The automated workflow includes the announcement of new issues, book-building and allocation. We are planning to go live with this in Q4 2018/Q1 2019.

In the year ahead, we hope to demonstrate and reinforce two observations from the activity outlined above: First, that the new corporate structure will provide robust support for innovation and  secondly, that such innovation will occur in a framework that takes into account its impact along the value chain.