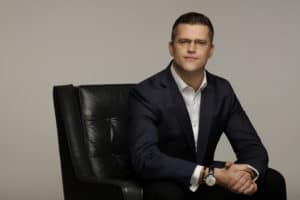 Like it or not, we’re here together
The post-MiFID II era set the stage for a long-term, structural transition, which has thus far been defined by record-setting consolidation and business closures.

Over the past two years, more than 25% of the top 20 European broker-dealers by market share have either merged or exited equities entirely.

On the buy-side, 2020 featured the most mergers and acquisitions, ever. With the top 10 asset managers now accounting for 35% of the $90 trillion market, more deals seem all but imminent. Just five electronic market makers now account for 85% of the liquidity provision in Europe. With rising data costs and substantial reductions in profitability, none of us are impervious to change.

The cost dilemma
Rising data and technology costs
At present, market participants are dedicating more resources to explicit cost reduction exercises than delivering value to end-customers. But given the challenge, how can they not? Fee compression and increasing data and technology costs now significantly outpace the margin for providing core financial and execution services; it’s not a formula for longevity. A recent survey confirmed that over ‘80% of financial institutions have eliminated or curtailed their investments all in response to excessive market data costs’.

The knock-on effect is market disintegration through reduced transparency, coverage, and competition – none of which have a history of producing positive outcomes for investors.

The implicit and explicit cost relationship
Over the last 10 years, buy-side commissions in the UK have more than halved to lower than 5bps. In that same period cost adjusted slippage has increased by over 30% despite the European stock spreads decreasing from 18bps to 10bps in that same period. Venue performance data suggests that reducing explicit costs at a venue level can lead to increases in implicit costs (slippage), resulting in a negative net effect to investors. When comparing some European exchange-run dark MTFs, which are on average 60% cheaper than broker-owned MTFs, their mark-out is approximately seven times higher.

This raises the question, are trading venues inherently toxic? The answer is more complex. Quite often, participants within a venue are a larger determinant of toxicity than that venue’s mechanisms or logic. Lower cost venues tend to attract participants whose principle strategy is short-term alpha generation, which can have adverse effects on larger, institutionally sized orders. Additionally, the quality of the technology used to access these venues and the routing biases that determine their market share are all relevant considerations. Measuring alpha as an all-in cost allows us to understand proximate and ultimate causation.

More innovation, more fragmentation
Decentralisation of closing auction volumes
Over the last five years, European auction volumes have soared, with the FTSE 100 (+38%), CAC40 (+42%) and SMI (+80%) realising the largest relative increases. Born out of necessity to combat monopolistic and premium pricing by exchanges, the decentralisation of closing volumes into alternate closing mechanisms seemed a logical progression. With two MTFs and now six bank solutions, an estimated 10% of the €9bn in daily closing auction volume is now off-exchange.

Advocates of these new mechanisms believe that the added benefit of matching orders pre-close reduces market impact and improves benchmark tracking. Critics maintain reservations that decentralising liquidity in the auction will ultimately lead to price dislocation and increased volatility. Despite the newfound fragmentation, the net effect is that auction volumes are at 2019 levels. Understanding the closing mechanisms’ impact over time will require an in-depth analysis of all three trading phases: last continuous, closing auction, and next day open.

The Aquis Lit MTF, which prohibits aggressive HFT proprietary order flow, has grown from 2% to over 6% of the lit order book in four years whilst having a 25% less mark-out when compared to the other three lit MTFs post-execution. Despite early scrutiny, the periodic auctions have been embraced by market participants as their anti-latency arbitrage mechanisms and prioritisation features have resulted in the second-best mark-out performance (0.15bp w/5.5bp spread) of any venue category in Europe (after Dark LIS). Given their success, Cboe is now seeking approval from the SEC to bring periodic auctions to US equities.

Addressing the power imbalance
Not equitable, just reasonable
The imbalance of pricing power enjoyed by exchanges and technology vendors is perhaps the crux of the issue. With profit margins between 20 to 100 times the costs of production , it’s obvious why two of the largest OMS/EMS vendors recently sold for a total of $4 billion, whereas two of the largest global agency brokers sold for just $1.7 billion, combined.

The stratospheric market data costs of exchanges in recent years are at odds with the spirit of their privatisation in the 1990s. Although it pointed to an era of greater efficiency and competition, the increased subscription costs, complex licensing agreements and a near 250% rise in chargeable items have achieved quite the opposite.

Buy- and sell-side participants remain captive to pricing structures that they are helpless to change.

The perceived value: it’s less than realised
As commission rates have fallen by nearly 50% in the last decade, technology and vendor costs have grown substantially as a percentage of total costs . In some cases, OMS/EMS transaction fees on FIX lines are as high as 0.5bp and can account for much as 30% of the gross commission and 50% of the net commission.

Unfortunately, this pricing structure becomes prohibitive in obtaining best execution, as buy-side clients are forced to trade with brokers with greater cost efficiencies than those who can deliver the best trading outcome.

Furthermore, there is a disconnect between the perceived commission that a buy-side client is paying and the realised value a broker is receiving. The consequence is then that buy-side clients are forced to reduce their broker lists and concentrate their commissions on fewer brokers in order to maintain service levels. For small and mid-sized companies which require diversification of offerings, most will be significantly challenged by this dilemma. OMS/EMS transaction costs are disproportionate relative to commission rates and ultimately inhibit buy- and sell-side relationships.

A way forward
If socialising costs are out, surely collaboration is in
The success of the financial markets is often the biproduct of a healthy ecosystem where all market participants compete to deliver customer value, fairly. Short of regulators enforcing new pricing measures, market data and technology fees must be more representative of their production costs and be more in line with today’s market dynamics.