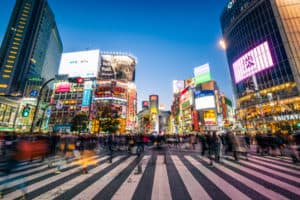 Following a system failure a year ago, the Tokyo Stock Exchange (TSE) plans to extend its trading day by 30 minutes.

If the proposed extension goes ahead, it will be the first such change to cash equity trading hours in more than a decade. The last time closing times for the exchange were extended was in 1954, when they changed from 14:00 to 15:00 local time.

The extension means that the market would close half an hour later at 15:30 local time.

It started discussing the possibility of extending trading hours after a system failure in October 2020, which caused trading to be suspended for the whole day.

The proposed extension aims to secure trading opportunities on the day that a system failure occurs and to improve overall resilience.

Considering that trading hours are much shorter than those in Europe, the US, and other Asian countries, extending them will give investors increased trading opportunities and improve market convenience.

“It was inevitable that this was going to happen to bring TSE in line with other market centres in Asia which have longer hours of trading,” said Serdar Armutcu, head of electronic trading at Mita Securities in Tokyo. Armuctu expects extended trading hours will attract additional liquidity to the exchange.

The extension will not only improve resiliency, but also strengthen the functionality and competitiveness of Japanese markets in the world for the medium to long term.

TSE last made changes to trading hours in 2011 when it reduced its lunch break by 30 minutes to the current one hour.

In 2014, a previous recommendation for the exchange to consider adopting an evening session for trading failed to result in any changes. Traditional brokerages who opposed longer hours due to increased costs, lobbied against the suggestion, resulting in the plans being dropped.

Alongside the extension of trading hours, TSE will also discuss the introduction of a five-minute closing auction, which has been adopted by several overseas exchanges, including the London Stock Exchange, to determine the closing price of each stock.