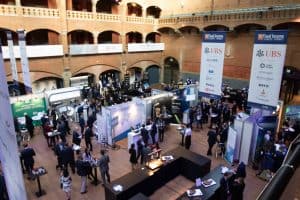 The lack of unified, consistent fixed income trade data in Europe is unlikely to be solved through the implementation of a similar system to the Trade Reporting and Compliance Engine (TRACE) operating in the US.

Buy-side speakers at this year’s Fixed Income Leaders Summit 2018 highlighted that while the use of TRACE has increased transparency for North American fixed income market participants, it would be extremely difficult to implement a similar system in Europe due to the fragmentation of regulatory authorities and data sources.

James Wallin, SVP, fixed income at AllianceBernstein, pointed out that TRACE does provide markers for how European markets can improve data transparency and access in the absence of a consolidated tape for fixed income data.

“TRACE is consistent, clear where the data is coming from, readily available to all and there is a decent ability to provide input from market participants into the trade process,” he said.” Unfortunately, the European regulatory environment is much more fragmented, the data dissemination and gathering environment is confused, not only because I don’t think the regulators have a good sense, looking down into the pipe, as to where the data is coming from.”

Wallin also pointed out that while European regulators have created a number of data and transparency-mandates, they are not having the intended effects to benefit the market.

“Europe is well along in terms of mandating transparency, reporting and rules, but the problem is that there is a brick wall due to the inflexibility of the mandate, the mandate doesn’t lend itself to innovation,” he added. “The US is very kind to allowing these kinds of utilities to function as they should, and Europeans can learn from this.”

Alex Sedgwick, head of fixed income market structure at T. Rowe Price, said that while it was important to recognise the improvements to market transparency brought in by TRACE, the different natures of the market structures means it would be difficult to replicate in Europe.

“The one takeaway for Europe is that, generally speaking, there is far more focus on electronic trading and technology throughout the trade lifecycle. In part, that’s a function of MiFID II but I think it pre-dates it in a lot of ways. Having a centralised regulator and single market in the US does make it easier to create a utility like FINRA that collects all of the data in a centralised manner,” Sedgwick said.

« Buy-side must adapt to rise of fixed income automation to flourish, says panel