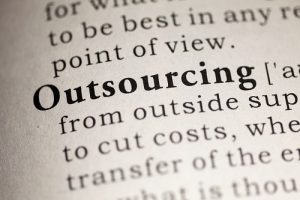 Trading desks could be among the first front office services to be outsourced by the buy-side, according to industry experts.

Experts in the market agree that an increase in front office outsourcing is imminent, supporting the statistics revealed in the recent study.

Philippe Boulenguiez, head of dealing services at BNP Paribas securities services told The Trade: “Some of the big players are now seriously considering outsourcing an internal desk, especially after they find out the value we can bring.”

He said: “We definitely think there has been an increase in demand for front office dealing outsourcing. In the past 12-18 months we have received calls and requests for meetings all over Europe, and this is from small to large sized assets managers, managing above $50 billion.”

He continued: “You would expect the larger firms have the scale to operate their own in-house desks, but they ask about our capabilities and the potential of outsourcing dealing.”

Market participants agree that an increase for demand in front office outsourcing, particularly in dealing services and execution, is happening right now.

Simon Broch, chief executive officer at Alpha Dealing (not related to Alpha, which is a separate company), a fixed-fee buy-side execution service, explained: “Ultimately the way the market is evolving is towards a situation where Investment Managers are being pressured to reduce costs and headcount for non-idea generating staff.”

“Investors will expect to see and be happy to accept a higher degree of outsourced functions, including execution.”

Broch continued: “The most expensive area for the investment manager is the trading desk.  The fixed costs of the systems and staff are more likely to be seen as an expendable part of the business in return for a quality independent centralised dealing option.  Provided there is no quality drop, fund directors will not oppose this.”

In 2012, Hermes Investment Management outsourced part of its equity dealing desk to outsourcing firm CF Global. The TRADE asked Phillip Smith, director and head of treasury and centralised dealing at Hermes, why this decision was made.

Smith said: “The decision was taken primarily for the Investment teams trading outside of the UK time zones. Under this dealing model all equity transactions relating to our Asian and Emerging markets portfolios would be executed by CF Global who have offices in London, New York and Hong Kong, with all other transactions being undertaken by the Hermes in house dealing team.”

An increased regulatory burden, in particular from the upcoming MiFID II, has been highlighted as a possible cause of the shift, although this is disputed among experts.

Scott Chace, chief executive officer and managing partner at CF Global, echoed Broch’s opinion. Chace told The Trade: “It is likely we will see more demand for front office outsourcing with a particular focus on trading. We are seeing funds every week that are exploring outsourcing or just alternative and complimentary ways to obtain best execution.”

Chace explained that once there is greater clarity on exactly what MiFID II entails, there would be an increase in front office outsourcing. He explained: “As it is likely that using commissions to pay for research and company access will be curtailed, using commission dollars to pay for best execution is a good alternative.”

Broch however, told The Trade MiFID II was being incorrectly considered as a catalyst for an increase in front office outsourcing. Instead, Broch highlighted cost-saving as the ultimate catalyst for the increase. He said: “The past few years have been tough on returns and investment managers’ revenues will suffer on lower performance fees from investors.

“That is the catalyst – cost saving. Investment managers simply can’t budget to have all non-fund expenses paid for by management fees. Apart from a few procedural and accounting changes, portfolio managers and front office will see MiFID II as another minefield of rules which they will want to palm off to outsourced compliance, meaning increased costs.”

Broch added: “More money will be transferred to compliance budget, and so less cash will be available to spend on other areas of the business.”

CF Global’s Chace said regulatory change is a driver, but changes in market structure are also causing this upswing in demand.

He said: “Some asset managers need to cut costs, and we can help them do that; smaller funds use us to ensure 24-hour coverage and expand capacity. Larger funds want an alternative way to execute trades in an unbiased and anonymous fashion while disguising their footprint in the marketplace.”

He added: “The search for liquidity remains important as banks are committing less and less capital. They realise they need more expertise in terms of tools and dealing teams to search for that liquidity and access it.”

BNP Paribas do not, however, underestimate the importance of MiFID II when looking at the increase.

Boulenguiez told The Trade: “Regulatory changes are important to this increase in demand and players are seen to be preparing for those changes, so MiFID II is increasingly raising the bar, so to speak.”

He added: “Will it be something asset managers can manage, or will they need extra help? MiFID II will emphasise the importance of brokers’ performance”

Broch at Alpha Dealing, however, reaffirms the significance of cost-saving when looking at the increase in front office outsourcing.

He explained: “Regulation has played a big part in back office outsourcing, but not yet front office outsourcing. Cost-saving is ultimately the catalyst. Regulation is an incredibly complex area with a variety of differing opinion, varying level of consistency.”

Broch concluded: “Investment managers will be likely look at the cost of setting up and running a trading desk compared and question the performance it’s generating compared with outsourcing it.”

Boulenguiez echoed Broch’s emphasis on the importance of cost-saving. He said: “Cost is very important and not only switching from a fixed to variable cost and limiting risk. We have clients who have an interest in outsourcing dealing services to ultimately reduce cost and improve performance.”

Risk is also emphasised as a cause for the increase in demand, as Chace who previously staffed a 24 hours trading desk at Tiger Management explained: “… staffing a desk 24 hours is very difficult.”

“The optimal solution is to have live traders on the ground in each region. For funds that don’t have that scale there is inherent risk in having one individual working alone on a night desk and there are prohibitive costs involved in opening a small office in another jurisdiction.”

Chace concluded: “Our service is all about mitigating risk and increasing operational efficiencies at a reasonable cost to our clients.”