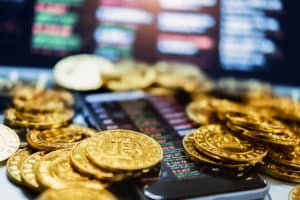 The US Federal Reserve, alongside the Federal Deposit Insurance Corporation (FDIC) and the Office of the Comptroller of the Currency (OCC), on 3 January issued their first ever formal warning to the financial system regarding the risks inherent within the crypto asset industry.

“The events of the past year have been marked by significant volatility and the exposure of vulnerabilities in the crypto-asset sector,” said the agencies in a statement. “These events highlight a number of key risks associated with crypto-assets and crypto-asset sector participants that banking organisations should be aware of.”

The regulators highlighted the risk of fraud, the susceptibility of stablecoins to run risk, contagion risk due to interconnections between crypto players, a lack of maturity and robustness with regards to risk management measures, and the absence of governance mechanisms to establish oversight of the sector.

Legal uncertainties with regards to custody practices were also flagged, along with the risk of “inaccurate or misleading representations and disclosures by crypto-asset companies” and other practices that may be unfair, deceptive, or abusive, which the regulators warned could contribute to “significant harm to retail and institutional investors, customers, and counterparties”.

The “significant volatility” within the crypto markets was also raised as a concern.

The statement acts as a stark warning to those banks involved in digital assets – which include some of the biggest on Wall Street. The regulators stressed that they will be supervising any banking organisation that “may be exposed to risks” stemming from crypto as well as “carefully reviewing” any future proposals from banking organisations to engage in activities that involve crypto-assets.

It is a clear (and long-awaited) sign that the authorities plan to more rigorously enforce risk controls around the crypto space – and it sends a strong message that, no matter what institutions may have hoped for in the past, the prospect that regulated entities might be able to hold or trade native assets on their own books is still a long way away.

“Based on the agencies’ current understanding and experience to date, the agencies believe that issuing or holding as principal crypto-assets that are issued, stored, or transferred on an open, public, and/or decentralised network, or similar system is highly likely to be inconsistent with safe and sound banking practices,” said the statement.

The stance was announced on the same day that the US Attorney’s Office for the Southern District of New York (SDNY) launched a new FTX Task Force with the goal of reclaiming lost assets, according to CNBC reports. The task force will seek to trace and recover investor funds lost in the crash, estimated to be up to $8 billion (including $3.5 billion believed to be held by regulators in The Bahamas), as well as pursuing prosecutions related to FTX.

“The Southern District of New York is working around the clock to respond to the implosion of FTX,” said Damian Williams, SDNY US Attorney. “It is an all-hands-on-deck moment. We are launching the SDNY FTX Task Force to ensure that this urgent work continues, powered by all of SDNY’s resources and expertise until justice is done.”

Also on 3 January, FTX founder and former CEO Sam Bankman-Fried appeared in court pleading not guilty to federal charges of fraud. He was extradited to the US from the Bahamas to face charges just before Christmas. Former colleagues Caroline Ellison and Gary Wang earlier pleaded guilty to their own federal charges.

« The TRADE launches the Algorithmic Trading Survey for 2023