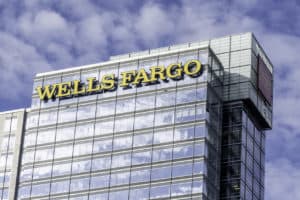 Wells Fargo’s head of markets clearing and futures execution, George Simonetti, has retired from his role after serving more than 27 years at the bank.

Wells Fargo confirmed his departure and wished him well in his retirement.

Simonetti originally joined Wells Fargo in 1997 as a director and senior vice president of treasury operations where he was responsible for exchange-traded futures and options, foreign bonds, and balance sheet derivatives.

Prior to joining Wells Fargo, Simonetti spent eight years at Lehman Brothers as a managing director.

Simonetti played an instrumental role in the development of the bank’s clearing offering, originally launched in 2011. Assuming his most recent role in 2012, Simonetti oversaw the connection of Wells Fargo to CME Group for clearing of listed futures and options in 2013.

He also represented the bank on the committee that that developed recommendations for derivatives exposure reduction recommendations, which ultimately served as the basis for the central clearing requirements under the Dodd-Frank act.

According to data compiled by the Commodity Futures Trading Commission (CFTC), Wells Fargo’s swaps clearing client collateral reached over $13.4 billion as of the end of June, making it one of the top five ranking swaps clearers in the US.

In the same month, Wells Fargo took part in a $44 million investment round, alongside other clearing members, in the Futures Industry Association (FIA) to support its growth and innovation in the derivatives industry.