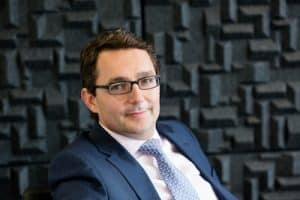 The chief executive officer and co-founder of fixed income technology specialist Algomi has confirmed he has left the company.

Stu Taylor wrote on LinkedIn that fellow co-founder, Usman Khan, will take over as interim CEO while he takes a break from working to spend time with his family.

“It is true that the things you own end up owning you – and as CEO, it has taken nothing less than 100% focus over the last six years,” Taylor wrote.

“It’s now time to take some well-earned time out, spend time with my kids, travel a little, and in due course look at other opportunities – of particular interest are some charitable opportunities that I have been invited to participate in.”

After suffering a £15 million loss in the 18 months to December 2016, Algomi gained significant investment from key market players including S&P Global, Euronext and AllianceBernstein  throughout 2017.

Further to this, the firm built out major partnerships with BNY Mellon and HSBC allowing both investment banks access to its Honeycomb network for fixed income liquidity and custody data.

Taylor added he leaves the business with significant committed funding and a product set that includes its connectivity network and industry aggregators.

“As I remain a significant shareholder I will be shouting loudly from the side lines alongside the other two departed Algomi co-founders, Rob Howes and Michael Schmidt, who together with Usman and myself started on this incredible journey from a tiny rented office in East London back in 2012,” Taylor concluded.