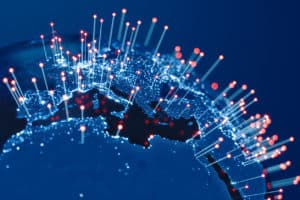 Major investment banks will increase investment in post-trade infrastructure after reporting failures with back-office processes during the market volatility earlier this year.

The survey revealed that the volatility put a strain on sell-side post-trade systems, leading to 58% of respondents confirming they experienced major issues with back-office processing and trade reconciliation.

Banks increasing their post-trade spending said the move is to ensure infrastructure could cope with high volumes, like those witnessed in March, and to achieve lower running costs.

“The unprecedented volumes experienced during the spring volatility confirmed what many in the market have known for some time: investment in post-trade has lagged behind other sell-side operations,” said Will Mitting, founder and MD of Acuiti. “There is no quick fix to replacing core back-office technology. But firms that have invested report huge increases inefficiencies and reductions in operational overheads.”

Acuiti said that the volatility during the peak of the pandemic caused trading volumes of global exchange traded derivatives to increase by more than 60% compared with 2019. The surge in volumes witnessed in March resulted in a record 4.5 billion contracts changing hands as many firms rushed to reach exit positions and hedge against risk.

“Post-trade has been an overlooked segment of the derivatives industry, but advanced new solutions are available to solve issues that the industry is currently facing with incumbent technology,” added Justin Llewellyn-Jones, head of capital markets (equities, FX and derivatives) at Broadridge.