The TRADE > News > Regions > Asia > The best bad idea ever

Market linkages have been all the rage in East Asia for a number of years, with no shortage of announcements, memoranda of understanding and high-level discussions on trading connections between exchanges.

Despite all the excitement and noise, very little has actually been accomplished. Few of the connections have succeeded in getting even beyond the drawing board. Only a couple actually work. The region is littered with dead projects and dashed hopes. Even the success stories are qualified successes, existing only because the conditions are right and viable only as long as those conditions remain.

By far, the best known is the Shanghai-Hong Kong Stock Connect and the related Shenzhen-Hong Kong Stock Connect. Founded at the end of 2014 – with the Shenzhen component switched on two years later – it has become an institution in its own right despite troubles in the participating markets, with weakness in A shares since 2015 and turmoil in Hong Kong in 2019.

“I think the Hong Kong Connect has been extremely successful,” says Jean-Paul Linschoten, head of client China strategy for equities at HSBC.

“Both Shanghai-Hong Kong and Shenzhen-Hong Kong Stock Connects are seen as highly successful with recent growth bearing this out,” says Colin Brooks, vice chairman of Securities Services at Standard Chartered.

One of the greatest challenges for the Hong Kong Connect platforms is the Chinese regulators themselves. While they are overall supportive of the linkages, they have limited visibility into the identity of the investors.

Those buying and selling through the Connect platform are show up only as the ‘Hong Kong Exchange’. The Chinese regulators would prefer to have them onshore and trading under their own names through the Qualified Foreign Institutional Investor (QFII) program or the renminbi QFII (RQFII) program. This reality has led to efforts to make onshore investment more attractive so that international investors choose to establish themselves within the country.

More QFII activity would help in the development of the domestic capital markets. Trading that goes through the Connect platform leaves the commissions and a host of valuable data in Hong Kong. Moving activity to the domestic market would generate more fee income for mainland Chinese brokers, improving profits and supporting much needed research.

Reforms have been ongoing, in part to compete effectively with the Connect programs. They began around 2016 and culminated in late 2019 with a proposal to scrap quotas for the entire program and for individuals QFII participants. QFII and RQFII remain administratively complex and somewhat risky, as restrictions can be added back at any time. It is also costly to obtain a license and operate as a QFII. But the program could someday become liberal enough to eclipse the Hong Kong Connect.

“The Chinese regulators say they are agnostic, but there was a fear that the success of Stock Connect may kill off QFII and that all the flow would come from offshore and reduce visibility,” says Mark Austen, CEO of the Asia Securities Industry & Financial Markets Association (ASIFMA). “Whether they are going to push QFII, that remains to be seen. They just don’t want it to die.”

As it stands now, international investors are presented with a buffet of options for accessing the domestic market. Not only do they have H shares and Chinese listings in other major markets globally to choose from, but the Hong Kong Connect and the various QFIIs are also available to them.

For straight buying and selling, many will just go through the Stock Connect. It is easy, and it allows them to use the tools and connect with institutions they know and like: their global and local sub-custodians, the Hong Kong Exchange and any number of international banks and brokerages.

They also know that Hong Kong is one of the most competitive and innovative markets, always refining its offerings as it looks to be on the cutting edge. The exchange is currently working on the development of Distributed Ledger Technology that will reduce settlement risk and make transactions more transparent for investors. From a trading, settlement and risk-management perspective, the Stock Connect wins for some.

Investors interested in buying into initial public offerings, or those who have a long-term interest in being in the country, will often opt for a QFII license and trade locally. Optics alone could make the exercise worthwhile.

The program also comes with certain specific advantages that could tip the scale depending on interests, needs and risk profile. Those going through QFII have legal ownership of their A shares. Quants, or anyone engaged in a strategy that requires low latency, may also prefer QFII, as they can get physically closer to the exchange and do not have go through so many intermediary steps.

“A clear benefit of the onshore scheme is the wider instrument access it brings than is currently available under the Connect model,” says Gary O’Brien, regional head of custody product at BNP Paribas Securities Services.

Costs, it turns out, are a wash, as QFII custody can be more expensive than Stock Connect custody, though execution costs can be cheaper onshore. A heavy trader might therefore opt for QFII, while a buy-and-hold institution might find the math more attractive in Hong Kong.

The Bond Connect is also viewed as something of a success. As with the stock linkage, the bond program has its share of competition, and perhaps more. Bond investors can access the Chinese fixed-income market through QFII or the China Interbank Bond Market (CIBM Direct), in place since 2016. Bond Connect was added to the mix in 2017, and from the outset it was seen as an improbable initiative.

“After Stock Connect was launched, people started talking about Bond Connect. There was market skepticism about this new platform given the existing channels: QFII and the CIBM. What would be the use of the Bond Connect? Where is the added value?” says Mushtaq Kapasi, managing director and chief representative for Asia-Pacific at the International Capital Market Association (ICMA). “However, ultimately it has been a real success.”

As with the Stock Connect, the Bond Connect complements the other avenues to investment, and investors choose a route, or a few, depending on their needs. But generally speaking, the larger investors opt for the CIBM, while the smaller or less active would use the Bond Connect.

“A lot of bigger players with bigger flows prefer CIBM direct. It is more expensive to set up initially, but it is cheaper when you have it up and running,” says Austin. “Bond Connect is just easy.”

From the major programs and platforms, it goes downhill fast from there. The Asean Trading Link, which got its start in 2012 and was supposed to connect all the major markets of Southeast Asia, was shut down in 2017 after few markets signed on and those that did had little or no volume. 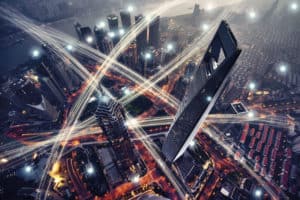 A China-Japan ETF Connectivity scheme was introduced in 2019, but not much seems to have come of it. Almost every market in the region has mentioned some sort of link, especially to China, but progress has been limited.

One link is halfway there, and no consensus exists about whether it is a success, failure or something in between. The Shanghai-London Stock Connect was first discussed in 2015 and wasn’t a reality until 2019.

Critics say that the time difference is a problem and that it makes no sense to have shares trading so far away from the home market. Press reports earlier this year said that the program had been halted, though the China Securities Regulatory Commission and the London Stock Exchange (LSE) have denied that this is the case. The LSE says that companies are lining up to list in both directions, and it believes that the time difference may ultimately be its strength.

“Shanghai-London Stock Connect has not been suspended, it has been fully operational since launch,” says Martina Garcia, head of international markets strategy at the LSE.

“The design of Shanghai-London Stock Connect is different from the link between Shanghai and Hong Kong. The links between Shanghai and Hong Kong and Bond Connect are trading links. The two markets are open during the same trading hours. What you have is an order-routing model in which a broker in one of the markets can access the exchange and securities in other market,” she adds.

“We took a different approach for Shanghai-London Stock Connect. What we wanted to do, and what we have achieved from a design perspective, is to extend the trading hours to cover both regions and create a secondary liquidity pool in each market. This is what makes the construct different; it is not only a trading link, but also a primary link.”

She believes that liquidity will improve once more companies issue shares in London. She also believes that many investors will be interested in trading Chinese shares in London. Garcia argues that for small and even medium-sized players, going via QFII or even via the Stock Connect in Hong Kong is a big ask and requires more of an investment than they may want to make. Trading in London is very easy for most.

Observers of these markets say that links do work and make sense, but only if they are driven by necessity rather than by vanity or politics. Because the connections by definition involve connecting more institutional plumbing to what is already there, they must be intuitive, attractive, compelling and worth the trouble.

For that reason, links fail in most cases. They are especially absurd for markets that are already open. No reason exists for them.

More China connections might work. While the Hong Kong offering is good and increasingly popular, and all traffic could just be routed through it, investors would probably like to see a diversity of pathways into China. Going through Hong Kong might be easy, but it is still a choke point.

“Stock Connect and Bond Connect have limited shelf-lives,” he concludes. “They just layer on another cost.”