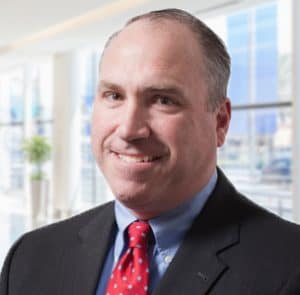 Hayley McDowell: What is driving block trading in the US and how has it evolved in recent years?

Jonathan Clark: What’s interesting today about block volume is the level of transparency we are now getting through Financial Industry Regulatory Authority (FINRA) data that we didn’t have before. The FINRA data tells us that block volumes as a percentage of alternative trading system (ATS) volume is actually increasing, but a closer look will show you that ATS volume has been in a pretty steady decline since the numbers were first published in 2016. However block volume, trades executed at 10,000 shares or more, has been reasonably constant. What we’re seeing on one hand is a flat line of the block volume, but the implication is that traders predominantly driving this block volume are saying they need this form of liquidity. So ATS volume may be falling off, but institutional investors are clearly committed to trading blocks and the data reflects that.

HM: Would you say the difficulties the industry faced when you were on the buy-side have remained the same? What has changed?

JC: From my earliest days on the buy-side around 25 years ago it would have been hard to imagine the technological changes that have occurred since then, and pretty much the entire trading industry has moved towards electronification. It’s not simply good enough to call your broker. Everything today is transmitted electronically, whereas before there would be phones ringing on the desk incessantly. Traders these days now use the keyboard to communicate, whether that’s in the form of sending out more shares or simply having a dialogue with their broker. When I was on the buy-side we used certain venues that were of similar ilk to Luminex, but I always wanted to go deeper than just understanding which broker I executed with. I wanted to understand which venues my orders were being sent to and which orders we were successful and unsuccessful at the venues.

I would also say there’s a dichotomy that exists on traders’ blotters today. They decide which orders can be placed on autopilot and don’t need a lot of touching, and which ones really need a significant amount of handling. The days of a trader taking an “easy order” and passing it on to a broker are gone. Traders today are smarter and have adapted to this new technology paradigm, so their daily approach is very different from what mine used to be. I remember the earliest days when the industry was peddling new ideas, but they took a long time to take hold. Looking back, it’s hard to believe only a handful of dealers had algorithms but now just about every broker-dealer can at least get you access to them. It’s hard to be a broker-dealer and not offer some type of electronic access.

Regulators have also changed a lot over the years. These days they put more money, time, resources and personnel into understanding the connectivity of the marketplace. Interestingly, you couldn’t mask yourself from the market before as much as you potentially could today. Traders are now masked behind electronic routes because of that anonymity that comes with trading. That is a really interesting change I have seen since I started out on the buy-side.

HM: Luminex recently added conditional order types to the platform. Was there a high demand for this functionality from your clients?

JC: When we were founded there were a variety of issues that the platform was trying to solve for. In general the buy-side was frustrated with the block trading venues at that time regarding transparency, information leakage and the idea that it was generally too expensive to trade blocks. Nine buy-side firms came together to establish Luminex and solve these problems. The way we wanted to address the ocean of information leakage was to create a 5,000-share firm placement, meaning whenever anyone got an invitation to trade, they would have to trade at least 5,000 shares – and people liked that function. However, over time clients started to say, “I would send more orders if it wasn’t for the 5,000 shares”, that forcing them to trade this quantity was leading them to send fewer orders because of workflow issues.

The level of engagement wasn’t as high as we hoped, but our clients said, “if you can give me functionality providing a fully conditional order and remove that 5,000-share requirement, I can give you more order flow”. It operated as it was launched for two years and we had in-depth discussions with the industry and the Board about removing this requirement – so we are currently in the process of rolling out those conditional orders onto the platform.

Already we have seen the positive effects of this in terms of the number of orders coming from clients who were sending very few orders beforehand. We saw a record month in January and started rolling out the new functionality on 22 January, so we certainly saw an uptick in activity and order flow in the last week of the month following the introduction.

HM: Did that momentum spill over into February?

JC: We had a good month. I would say that during that week or so when equity markets rolled over about 10% in very short order, the overall composite volumes were very high but ultimately block volume did not increase during that sell-off. It’s not uncommon to see this. When markets get ugly and sell-off at this speed and magnitude, traders are very reluctant to trade large blocks at a single price. Instead they will piece orders out slowly in a bid to ensure they haven’t bought at a high when markets are in that volatile state. Typically, the block community does not go with the market on massive moves like that.

HM: Has Luminex felt the effects of MiFID II so far this year, and do you expect the new regulatory landscape will be beneficial to the business?

JC: We talked about MiFID II for so long and I think the asset management community was trying to figure out how they were going to respond to the regulation. As I talked to a lot of buy-siders about the changes they made, many firms are taking incremental steps to ensure full compliance but I think they all recognise there is a certain amount of time before they need to move to full compliance. When the new year came upon us and MiFID II was rolled out, it didn’t seem that behaviour changed dramatically. Our product is US-based and though we do serve global firms, the impact to us isn’t great. But MiFID II is focused on transparency and best execution, and those terms are a perfect fit for what our platform is all about. We publish our ATS data and provide a full list of subscribers for total transparency, and it’s that level of transparency that I think the regulators are asking for from the broker-dealer community.  We are an execution-only shop so firms are very comfortable doing business with us.

We are strongly positioned for the kind of environment MiFID II is trying to establish. We have clients that have said to us they feel less encumbered by the “need to pay bills” and that kind of attitude will support an execution-only shop like ours. And that’s what the regulators wanted, they wanted the traders to feel less encumbered and allow them to go to venues that have liquidity at the best price.