The TRADE > Blog > Monday question: Should a regulatory fine be enough in the regulator’s approach? 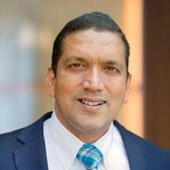 In recent years we have seen major regulatory and market changes in over-the-counter trade reporting. These changes are reflected in regulators’ approach, trade repositories’ offerings, and reporting solution providers.

There is no doubt that transparency in over-the-counter derivatives trading has increased in the market and risk is mitigated, but this is primarily attributed to electronic execution of trades on swap execution facility and clearing of the trades at the central clearinghouse. From the trade reporting perspective, there is limited use of this data by the market participants, and usage of the data by global regulators is not fully known.

The data quality of trade reporting is still not up to the mark. This is evident from the several fines imposed by regulators across jurisdictions. But where are we today in regulatory approach to fixing the data required for trade reporting?

Let’s discuss some of the dynamics of these fines levied:

There is a huge gap between the penalty-relevant period and the fine levied. This suggests a gap in internal controls that can go undetected for years and alludes that the trade reporting data is not immediately used for any relevant analysis, either within the firm or by regulators. Additionally, there are not many solutions that can handle back reporting of expired trades effectively as that would mean recreating the transaction with its original set of reference data as of that time. For example, if counterparty LEI has changed, should historical trades be reported with the old LEI or new LEI?

Impact analysis: The regulatory penalty notice highlights the non-compliance of institutions/ trade repositories against a specific regulation under which the penalty was levied. But the penalty lacks impact analysis of incorrect reporting on the overall approach followed by the regulator to identify the risk involved in the market.

The data reported to the regulator should be used for a purpose. The purpose is not completely transparent. More than 100 data fields are reported with each field carrying its own business rule to meet the regulator specification. There is a large disconnect between trading OTC derivatives and what is reported to a regulator. Additional clarity on the impact of under/over/incorrect reporting from regulators on either policy making or a decision making would surely strengthen the regulatory reporting process. More reporting fields can be added later if most of the time the penalty is for fields such as buyer, seller, price, quantity, valuation, etc.

Together these two aspects of duration involved in the penalty period and limited impact analysis lead to the original question if a regulatory fine is enough in the regulator’s approach?

The number of instances of penalty fines needs improvement in the reporting process. With global regulations not adopting the same set of fields for the single trade, there is no end in sight to fix. Firms would continue to struggle to report 100% accurately, and regulators will pick and choose some firms for the penalty – sometimes the same firm has been penalised twice for the overlapping period. Instead of levying the penalty, maybe make the reporting simpler with only ~ 35 fields for a trade on T+2 basis via an industry utility from FSB where trades are matched, agreed, reconciled, and then reported.

For now, I am just waiting for someone to come and offer regulatory reporting data as a service.