The TRADE > Blog > UMR: The time to automate is now 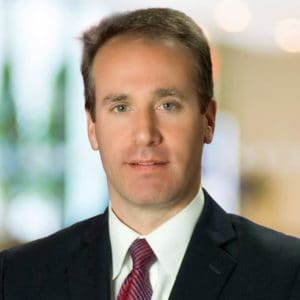 In less than six months, phase five of the BCBS-IOSCO’s uncleared margin requirements (UMR) for uncleared OTC derivatives will be implemented.

Firms with more than €50 billion equivalent in average aggregate notional amount (AANA) of over-the-counter derivatives will be required to begin the exchange of initial margin—with their trading counterparties beginning 1 September 2021 if they exceed the minimum exchange threshold of €50 million per counterparty relationship.

Without doubt, phase five requirements will capture the largest number of firms that trade derivatives, and therefore, it is critical that in-scope firms are well on their way with preparations for compliance with the new rules.

UMR will likely require many firms to make significant changes to their existing collateral management processes – a large number of which are manual today, and can often lead to processing errors and trade settlement failures.

In April 2020, as a result of the pandemic, BCBS-IOSCO granted firms a year-long extension of the 1 September 2020 deadline to complete the final two implementation phases of UMR. A large number of firms have made good use of this time by making the necessary changes to their systems and processes in order to comply with UMR, including efforts to set up new segregated margin accounts and the signing of new collateral agreements.

However, recent reports have indicated that a significant number of market participants subject to phase five are far from being ready to comply with the coming 1 September deadline.

Segregated margin accounts with an unaffiliated third-party custodian is a new requirement which is mandated under UMR, whether in third or tri-party segregation models, and is a mechanism that many buy-side entities will not have used before. Not only will thousands of segregated accounts need to be opened across the industry—which could lead to further delays if buy-side firms do not initiate this process soon— but execution of this effort is likely to be problematic due to the existence of multiple manual processes which can often lead to errors.

Custodians currently manage multiple segregated accounts, which often require dual sets of instructions—from the buy-side and sell-side—to release the collateral via manual processes such as fax. These manual processes experienced many issues amid the volatile trading caused by the onset of the pandemic in 2020. With the majority of employees working from home without access to faxes, and many times with no official call back telephone numbers available, there were severe challenges around collateral release. This was further exacerbated by the magnitude created by high volumes, which led to extremely elevated rates of collateral settlement fails.

In addition to the setup of segregated accounts, manually intensive processes can also  make market participants more likely to experience a collateral settlement fail. During normal trading activity, many collateral agreements remain dormant due to high thresholds. This means that collateral is not required to be moved unless there is significant exposure between two counterparties. However, the volatility in March 2020 saw large numbers of collateral agreements breach their thresholds which led to a significant increase in collateral calls, with many firms stating they saw volumes rise by 200 – 300% during that period. Another issue is that, currently, collateral settlement is not always acknowledged in real time for many participants. Therefore, these firms do not know whether there has been timely settlement or not unless they receive notice of a fail; a process which can create inefficiencies in the management of capital and liquidity.

While the above challenges were brought to the forefront as a result of the global pandemic, they are not exclusive to the COVID-19 period, and could likely happen again. To more effectively manage future market volatility, firms can work with third party providers to reduce the operational complexities and risks associated with margin call processing, and streamline other functions such as collateral settlement. With this in mind, firms could view the introduction of UMR in September as an opportunity to introduce best practices to their collateral management processes, including increased automation. Not only will this bring operational efficiencies and help firms comply with the regulatory mandate, but it will also enable them to more effectively utilise their available collateral for other purposes, therefore improving their capital and liquidity management.

Undoubtedly, the pandemic has led market participants to focus their efforts on overhauling their collateral management systems, and many have made good use of the extra time to prepare for the UMR rules. However, the deadline for implementation is looming and many firms remain behind on preparations. These firms should act now.