The TRADE > News > Building blocks of the future 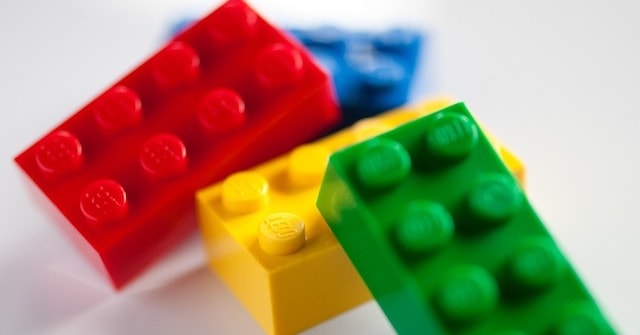 Traders seeking to place large orders – or block trades – in the market have seen a considerable shift in best practice over the past decade.

It was once possible to approach a large block order in two ways. You could manually work the order, using a primary exchange or an algorithm.  Or, you could call a friendly investment banker who would give a risk price.  For most, that was the simple choice.

However, the first iteration of the Markets In Financial Instruments Directive – now affectionately known as MIFID 1 – changed all that when it came into force in November 2007.

MIFID 1 acted as a catalyst for electronic trading and this led to equities orders being split across European venues much more widely.

As the size of trades reduced, traders looked to dark pools to find a match for their large block trades.

However, as dark pool usage increased, a growing number of venues began to appear. While this was initially welcomed, it created a new problem, the issue of fragmentation.

Traders began to wonder about the depth of some dark pools and whether the liquidity in each was sufficient to allow them to match their trades. There were also concerns that high frequency traders may use certain dark pools to their own advantage.

The controversial publication of Michael Lewis’s book Flash Boys gave these concerns greater prominence as the non-trading members of the asset management community woke up to the challenges facing traders.

Today, those working block trades have more decisions to make than simply weighing up the trading venue.  They must consider the impact of smart order routing, potential for information leakage and the overall effect on best execution.

The 2017 MIFID 2 deadline will mean a cap on dark trades below a certain size.

There will be a limit of 4% in the trading of any individual stock in any single pool and a limit of 8% in any stock across all dark pools.  Although, these caps will not apply to large-in-scale trades.

Recent years has seen a burst of activity in the market with new solutions springing up to solve the block trading quandary. However, the onset of the next set of regulations under MIFID 2 could yet lead to consolidation or even a reversal of the innovation we have witnessed in the past eight years, according to market participants.

Initiatives such as the introduction of the London Stock Exchange’s intraday auction, the launch of Turquoise Block Discovery, the arrival of players such as Liquidnet, The Plato Partnership and Aquis Exchange and enhanced services from traditional players like Societe Generale and Bank of America Merrill Lynch show how the new battleground for block trades is taking shape.

Michael Horan, director of trading services at BNY Mellon-owned Pershing, explains: “They are all moving to create a block trade-friendly environment in the absence of the market that used to be.  In the same way as trading in the light had to change, trading blocks in the dark will also change.

“The need for block trading is always going to be there.  Market impact existed in a pre-MIFID world just as much as it exists in a post MIFID world. Nowadays, you just have to find a different way of doing it.”

Of course, with this abundance of choice comes the greater risk of enhanced fragmentation.

Neil Bond, partner at Ardevora Asset Management, notes that dark pools were originally created with the primary objective of minimising market impact and the fact that this led to larger-than-normal blocks than could be achieved elsewhere was an added bonus.

He explains: “What has happened since then with market fragmentation and the proliferation of algos is that there is now some leakage of information when you trade in those dark pools.

“It doesn’t necessarily make them bad places because there can be information leakage whenever you trade.”

Bond cites the example of voice-broking – something which many dealers say is making a comeback  amid nervousness about liquidity and fragmentation.

He says: “If you call up a sales trader, even with that sales trader’s best intentions, he might be calling up someone who is a buyer of something and they may have turned a seller. You have leaked the information, which they can use to their advantage.”

However, Adam Toms, chief executive officer of Instinet Europe, says voice-broking should be “respected for what it is”.

He says: “That knowledge and interaction is valuable. If new initiatives can’t make the final leap to deliver more volume at block levels, it means that high touch trading will be around for a long time.”

While there are signs that a new market reality is taking shape for block trading, there are still a great many unknowns.

What we do know is that the business leaders in this market are anticipating continued growth in demand.

Robert Barnes, chief executive officer of Turquoise, told delegates at TradeTech 2014 that demand for block trading mechanisms was likely to grow as a result of dark pool restrictions due to be imposed under MIFID 2.

Speaking in March, ahead of this year’s conference, he said: “I believe the statements from the buy-side are true.

“The exchange mechanisms as they were are going to become more challenged. However, as an industry we are constantly looking to innovate within the regulatory framework.”

The progress of this innovation may have to pause. At the end of March, the UK’s Financial Conduct Authority confirmed it would be taking a closer look at dark pools in the form of a thematic review, from the second quarter of 2015.

The regulator said the review is designed to assess the risks around dark pools, noting that the research will run from the second quarter of 2015 until the first quarter of 2016. Of course, this doesn’t leave a huge amount of time between the FCA publication and the MIFID 2 implementation dates.

Pershing’s Michael Horan, says the parameters of the FCA review will all depend on what the regulator considers by the term ‘dark pool’.

The FCA review is happening at a time when the US is seeing an ongoing legal action play out.

Last month, Barclays lost a bid to dismiss a lawsuit, where it has been accused of misleading customers of its dark pool for financial gain. New York attorney general Eric Schneiderman has been pursuing the bank over how it marketed its dark pool and the level of transparency the bank offered customers.

There are also numerous conversations still taking shape from a European perspective which further muddy the waters for what a potential solution for block trades could look like.

With all this playing out in the background, the question remains as to whether there is such a thing as a silver bullet for resolving the block-trading conundrum or is there a one-size-fits all venue which could be created in the future?

He says: “There is nothing 100% perfect with any of them. If there was only one marketplace and nowhere else to do your business, then you would still get some people trying to guess things and [you would get] information leakage.

“If exchanges found themselves in this monopolistic position, they would not be able to help themselves and would increase their prices; which is exactly what led to fragmentation in the first place.”

As for buy-side concerns about liquidity – which were once again flagged in a Liquidnet report released last month – opinion leaders say this is nothing new.

Instinet’s Toms says: “Liquidity has been a concern for the buy-side for as long as I can remember. They ask clients about different factors and liquidity is always top of the list and has been for some time.”