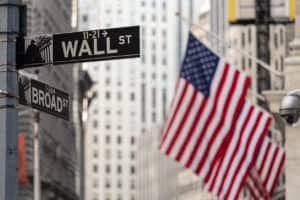 Citi will pay a $4.5 million penalty after a known system design flaw saw millions of trader audio files deleted, despite some of those files being subpoenaed by the US derivatives watchdog.

According to an order issued by the US Commodity Futures Trading Commission (CFTC), Citi had been sent a subpoena in December 2017 for certain trader audio recordings on a particular day for an ongoing investigation into specific trading activity.

Despite assuring the regulator the subpoenaed audio files would be preserved, Citi notified the CFTC a year later that a design flaw in its audio preservation system saw millions of audio files erased. The error saw 2.77 million audio files comprised of 683,296 calls for 982 users deleted from the system, including the subpoenaed recordings.

The order added that in 2014, an employee of Citi had flagged to senior managers that the audio perseveration had a design flaw, which if not corrected they described would have a “ticking time bomb effect” that would lead to the automatic deletion of recordings.

Citi failed to take appropriate steps in mitigating the risk of the system’s design flaw, the CFTC stated, and did not maintain adequate internal controls to ensure the preservation of the audio files.

Three affiliates of Citi, including swap dealers Citibank N.A and Citigroup Energy, as well as swap dealer and futures commission merchant Citigroup Global Markets, will pay the $4.5 million penalty following the issue of the order by the CFTC.

“Registrants have obligations to diligently supervise all aspects of their business related to their duties, including all systems used to comply with CFTC recordkeeping requirements, document requests, and subpoenas,” said James McDonald, director of the division of enforcement at the CFTC.

“These regulations exist to promote the integrity of the marketplace. When registrants fail to meet their supervision obligations, they will be penalised.”