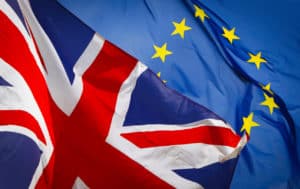 When the UK and EU announced their last-minute post-Brexit agreement and there was little to no mention of financial services, the eventual divergence on trading regulation was inevitable.

Early signs of the UK’s split from EU regulations came last year when the UK Treasury confirmed it would not implement the Settlement Discipline Regime (SDR), set out under the Central Securities Depository Regulation (CSDR).

UK Ministers are now reportedly planning to overhaul MiFID II, the EU’s main financial services legislation, as it looks to hold onto its place as a global financial centre. Changes could include scrapping the share trading obligation, which forced more than €6 billion a day of EU-denominated stocks out of London to European-based venues mainly in Amsterdam.

With the UK and EU to set out separate paths on financial regulation, there are various implications this could have on the post-trade landscape alongside potential unintended consequences that may arise for firms.

A battle for clearing

The battle to win euro-denominated derivatives clearing activity, a business worth some $660 trillion, is one of the fiercest between UK and EU regulators. Currently, London is the home to derivatives clearing, with most of the activity going through LCH. Despite moves from Eurex, the Frankfurt-based exchange group, to lure activity from London, LCH has maintained its hold of the market.

However, tensions are heating up between regulators, and it appears equivalence will not be extended beyond 2022. In February, the Bank of England’s Andrew Bailey warned over a “serious escalation” in relations with the UK if Brussels attempts to force banks to move all clearing of euro-denominated derivatives from London to the Eurozone.

“The reason is, particularly in an activity like clearing where the efficiency really comes from having a very big pool of derivatives that can be netted and cleared down, by splitting that pool up the whole process becomes less efficient and having the smaller part of the pool would be even less efficient,” he said. “The clearinghouses also involve a certain level of cross-currency netting to go on and that would break down as well.”

To obtain the remaining three-quarters of total euro-denominated derivatives activity, Bailey said the EU could potentially “force or cajole banks and dealers to say there will be some other penalty unless you move this clearing activity into the EU”.

This, he warned, would create “a very serious escalation of the issue” and was something that the UK should “resist very firmly”. Activity has not yet shifted from the UK, as banks await clarity on what is to come.

“The situation is unclear on what will develop after June 2022, and we have clear messages from the Commission to move euro-denominated contracts/products to EU-located CCPs,” says Haroun Boucheta, head of regulatory affairs at BNP Paribas Securities Services. “The industry has pressure from the Commission to work closely on operational solutions to migrate euro business, using EU27 CCPs.”

The lack of cross-border equivalence for not only clearing, but also settlement of securities, means clear lines have been drawn between UK and European post-trade venues. Banks are concerned about the impact of fragmentation on costs for clearing and settlement.

The costs will come from investment firms and banks having to adapt their technology infrastructure to manage a dual post-trade framework. Larger-sized firms may be able to absorb these costs, but it will make barriers to entry for smaller-sized firms even harder to overcome. As a result, some asset managers could be forced to operate in just one jurisdiction.

“Firms have broadly adopted a model where you have one system, but you guide the trade processing to different venues, with localised processing funnels,” says Samir Pandiri, president at Broadridge International. “A very small second group are firms who basically decided they didn’t have the scale in either the UK or the Continent to make it worthwhile preparing to continue service in that jurisdiction.

“Post-trade solutions need to take into account three variables: trading in multiple geographies, clients in different jurisdictions and where the post-trade processing is actually done. We did a lot of one-off configuration with new client entities since 2016, and that’s all been working well. But the Brexit work is also enabling a broader re-set on post-trade, with providers needing much more flexible/customisable systems to keep competitive.

“With trading volumes moving around between venues, post-trade services must now offer much more price flexibility and more variable cost, which will act as a further stimulus to mutualisation. The increased complexity also highlights the necessity of better data models, to spot inefficiencies, such the costs of a fail for example.”

As outlined, the UK is seeking to overhaul certain European regulations to make itself a more attractive financial services centre. It could appear that the UK is taking a different approach to post-trade regulation, following its decision to not implement the SDR rules. It did, however, state it will consider the future approach of the rules to the UK’s own post-trade framework.

The danger here for firms is that regulatory fragmentation could require double the amount of work and resources to stay compliant in both jurisdictions.

“With the UK opting out of CSDR, there will be separate regimes around settlement discipline,” highlights Reto Faber, head of direct custody and clearing for EMEA at Citi. “It may look to align with some aspects of CSDR, but right now it looks like there will be a dual system affecting cross-listed shares. This is going to bring additional and duplicated costs, as well as increased complexity to deal with multiple regimes.”

That being said, the decision by the UK to implement CSDR differently could provide a glimmer of hope for banks and investment managers that the EU will review its contentious mandatory buy-in regime.

“Fragmentation is going to come on a wider scale throughout the year. With the UK implementing SDR separately, the regulation may come back to the table very differently where they could make the buy-in optional rather than mandatory,” says Linda Gibson, head of regulatory change at BNY Mellon’s Pershing.

“But the market is waiting on how the UK will implement SDR, causing some operational challenges to firms that are international. Those that have project plans in place are working on the EU regime, so the challenge is to anticipate how different the UK will be.”

The European Commission recently closed its consultation of CSDR and is set to publish the findings of its review in the second quarter. Many are hoping European regulators will do away with the buy-in regime (which seems highly unlikely) or implement it on a discretionary basis.

As a result, European regulators could opt for more favourable changes so that it is more aligned with the UK.

“We have pushed for a voluntary buy-in regime rather than a mandatory one, and specific exemptions in terms of products and operations which should be out of the scope of the SDR,” says Boucheta. “The UK move not to implement the full CSDR rules will bring the attention from EU regulators, and it is a good thing to help us push our various points.”

In addition, Broadridge’s Pandiri believes that regulators will eventually look to align their respective frameworks that can preserve the flow of securities processing and post-trade activities.

“While it looks like regulatory fragmentation at present, I do see this as a ‘creation moment’ for things coming back together, as practical market innovation starts to produce more fungible solutions that actually make securities processing easier across markets,” Pandiri says.

Going forward, the UK and EU will most likely stay in close contact when formulating and implementing financial services regulation. The UK has been a leading voice for many of the post-financial crisis regulations, and it is hoped their expertise will continue to be leveraged.

“The UK played a very important role in Brussels, and though it is no longer directly involved, it should carry on discussions for securities services regulations to avoid unintended consequences,” Boucheta concludes.

This article was featured in the Spring 2021 edition of The TRADE magazine.