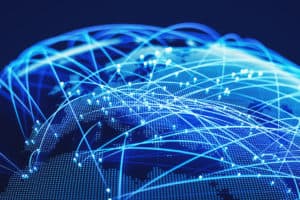 The national stock exchanges of Colombia, Chile and Peru are conducting early-stage analysis looking into the viability of consolidating their infrastructures and/or services.

According to statements published in Spanish in January, the boards of all three exchanges – the Santiago Stock Exchange, the Lima Stock Exchange and the Colombia Stock Exchange– have backed the creation of a commission to monitor the integration assessment process.

This is not the first time these stock exchanges have considered merging although previous attempts came to nothing. However, all three markets did set up the MILA (Latin American Integrated Market, also known as the Mercado Integrado Latinoamericano) in 2011, a stock exchange connectivity channel designed to stimulate equity trading across the three markets, although Mexico Stock Exchange would become a participant a few years later.

Despite a lot of resources having been put into improving the MILA, the scheme has largely been a failure when judged by activity. Volumes have remained subdued mainly because the tax treatment given to investors across all four markets is not joined up.

Elsewhere, the rules and regulations around trading on the MILA are not harmonised, which is another deterrent. Unless there is some sort of intra market-wide standardisation, trading volumes will continue to be limited. These thoughts are echoed by German Gutierrez-Mejia, senior analyst, global network management at Thomas Murray.

“One of the biggest impediments facing MILA was that there was no market-wide harmonisation between the participatory countries. Moreover, none of the countries have a shared currency, which is another barrier. Institutional investors also did not receive many material benefits by investing through MILA, as some markets like Chile still oblige them to appoint a domestic custodian. As a result, an investor procuring a Chilean security in Colombia would still need a Chilean custodian,” he explains.

Given some of the shortcomings that have impeded MILA’s progress, there is widespread industry scepticism about whether this latest integration scheme will bear fruit.

“The merger talks are far more ambitious than the MILA initiative but it is obviously very early days, and there are a number of issues which need to be resolved before we see any tangible progress. I suspect one of the biggest challenges facing the merger plans will be political, namely where would this combined, regional exchange locate its headquarters?” acknowledges Ana Giraldo, chief risk officer and director, the Americas, at Thomas Murray.