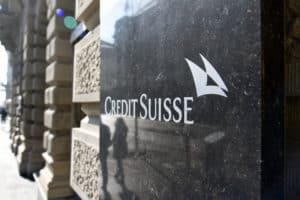 Credit Suisse has said it expects to lose $4.7 billion in the first quarter of 2021 due to its involvement in the events surrounding US-based hedge fund Archegos.

In a trading update on 6 April, the bank said it expects to report a pre-tax loss of 900 million Swiss francs ($960.4 million) in the first quarter including a charge of 4.4 billion Swiss francs ($4.7 billion) that it attributed to “failure by a US-based hedge fund to meet its margin commitments as we announced on March 29.”

Credit Suisse revealed last week that it was expecting heavy losses following the Archegos Capital saga, after it was forced to dump stock in a bid to distance itself from the sinking family office.

“The significant loss in our prime services business relating to the failure of a US-based hedge fund is unacceptable,” said Thomas Gottstein, chief executive officer at Credit Suisse Group.

“Together with the board of directors, we are fully committed to addressing these situations. Serious lessons will be learned. Credit Suisse remains a formidable institution with a rich history.”

The bank also confirmed that it would be waiving bonuses for the executive board for the 2020 financial year, with Chairman Urs Rohner sacrificing his chair fee of 1.5 million Swiss francs.