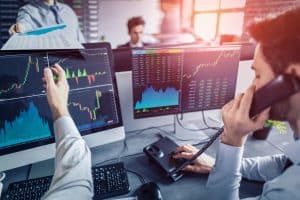 The derivatives front-office technology landscape will be in rude health for providers over the next two years, with brokers the most likely to source a new provider, according to a study from Acuiti.

The Acuiti Front-Office Software Review found that of those firms considering implementing a new front-office provider in the next two years, the most likely was brokers (55%), followed by non-bank FCMs (38%) and proprietary trading firms (35%).

However, there are no signs that trading and investment firms will be seeking to consolidate the number of providers they currently use, with just 5% of clients planning tor reduce this figure over the next 24 months.

“There is huge opportunity for vendors to grow market share in the derivatives market as the latest phase of cost reduction has reached a natural conclusion and a significant proportion of firms are considering new providers,” said Will Mitting, founder and managing director of Acuiti.

“We found that, while many of the major incumbents are set to grow both organically and through new client acquisition, clients are also looking at newer providers with Vela in particular set for growth according to our findings.”

Provider consolidation has been evidenced within the front-office trading systems landscape in recent years, particularly following the introduction of MiFID II in January last year.

The TRADE’s annual Execution Management Systems (EMS) survey, published in September, found that buy-side firms have drastically reduced the number of providers used since 2017, with around two-thirds of respondents now only using one provider, compared to one-third doing so two years earlier.