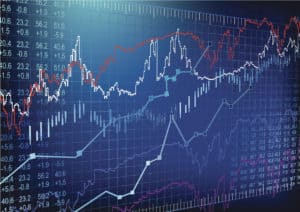 One of the most senior regulatory experts at DTCC has left the market infrastructure firm at a crucial time where European market participants gear up for a wave of new rules.

Freeman had been an executive director of government relations for DTCC, and had led its regulatory agenda for over 15 years through its Omgeo subsidiary.

Some of the most notable initiatives he had been involved in include helping market participants transition to a T+2 settlement cycle and preparing firms for the onset of regulatory reporting set out in EMIR and MiFID II.

Freeman had also been a leading voice for the securities services industry over areas involving blockchain technology and post-trade automation. He was most recently involved in helping firms gear up to be ready for the Securities Financing Transactions Regulation (SFTR), set to go live in April, and the Settlement Discipline Regime (SDR) under the Central Securities Depository Regulation (CSDR).

“We thank Tony for his valuable contributions and wish him continued success in the future,” a DTCC spokesperson said.

Prior to joining Omgeo in 2004, Freeman spent six years at JP Morgan as a senior relationship manager, working within the financial institutions group, and then as a product manager in outsourcing and middle-office processing.

The departure of Freeman is the latest senior regulatory expert to leave the DTCC in recent months. Mark Wetjen, head of global public policy at DTCC, and the former commissioner of the US Commodity Futures Trading Commission, left in January to join the Miami International Futures Exchange as CEO.