The TRADE > News > Buy-Side > Eric Boess: The future of the market in Europe 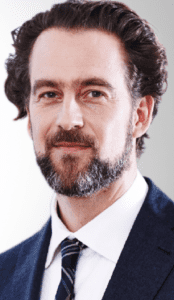 How do you feel changing market structure and price formation in equities is impacting institutional investors?

This is a classic question that’s asked at every TradeTech conference, and it brings up the key question: what actually has happened since last year? To be frank, there hasn’t been an awful lot of change. There have been no major developments in terms of consolidation on the exchange side, or in terms of market participants. If anything, fragmentation is probably still an issue, and Brexit has added to the complexity. But these have had limited impact because both the UK and Europe are currently redefining their frameworks. I think that will have an impact at a later point in time, but I don’t see a fundamental change in how we trade now versus last year.

Are we seeing retail investment growth in Europe?

We focus entirely on institutional investment, but we’ve seen a lot of news coming out to suggest that people are trying to adjust to growing retail involvement and participation. Maybe it is access that is improving, rather than volumes growing. I don’t think retail flow is as important in Europe as it is in the US, where it is significantly bigger. It’s also quite difficult to define retail flow and market size in Europe as there are not many really good sources of information.

Do you expect consolidation in Europe to continue and what impact does it have on the markets and the trading desk?

Asset management consolidation is what we’re waiting for, and it has proved to be notoriously slow, as it has on the banking side. I wouldn’t expect any significant developments or market impact from consolidation in the near-term. Trading platforms, liquidity providers, venues – that might be a different story, but right now we don’t expect any major acquisitions there either.