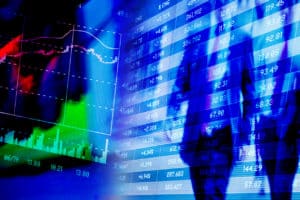 European banks and buy-side firms will be able to trade certain EU-listed stocks on UK-based platforms post-Brexit, in a move that will ease some concern for market participants.

Under revised plans for the share trading obligation (STO), stocks with a European Economic Area (EEA) ISIN will not be subject to the share trading rules and can trade on UK trading venues post-Brexit if traded in pound sterling.

However, data from the EU markets watchdog showed that less than 50 stocks with an EEA ISIN are traded on UK trading venues in GBP, accounting for less than 1% of EU total trading activity. The latest measures will alleviate worries from investors on trading post-Brexit, but only slightly.

Stocks with EU ISINs, including ISINs from Iceland, Lichtenstein, and Norway, will continue to be subject to the share trading rules and must trade within the EU, while stocks with UK ISINs must also trade on EU-based venues.

Initially, the rules meant that some of the UK’s largest stocks such as Vodafone, Coca-Cola, BP, Rio Tinto, and GlaxoSmithKline, would have to trade on venues in Europe. However, following widespread concerns across the industry, ESMA revised its approach last year and made exceptions for 14 UK-based stocks.

To mitigate risks surrounding Brexit and the STO, UK-based venues including the London Stock Exchange (LSE), Cboe Europe, and Aquis Exchange have established hubs across Europe to be able to continue offering trading in EU shares. The UK is yet to outline its own rules for the trading of EU shares.

Last month, LSE said that as of 30 November it would provide trading in EEA securities via its Dutch-based Turquoise multilateral trading facility (MTF) which will go into operation as part of its Brexit contingency plans.

“This revised guidance aims at addressing the specific situation of the small number of EU issuers whose shares are mainly traded on UK trading venues in GPB,” ESMA said in its most recent STO update. “ESMA has done the maximum possible in close cooperation with the European Commission to minimise disruption and to avoid overlapping STO obligations and their potentially adverse effects for market participants.”