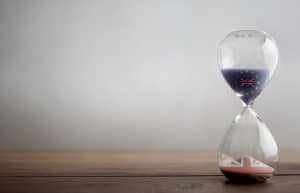 Euroclear’s London-based central securities depository (CSD) will continue to settle Irish securities in a ‘no-deal’ Brexit scenario following an agreement with Europe’s financial watchdog and the Bank of England (BoE).

The European Securities and Markets Authority (ESMA) agreed with the BoE to recognise UK clearing houses and the UK CSD, Euroclear UK & Ireland, if the UK leaves the European Union without a withdrawal deal.

The agreement eases concerns of significant disruption to the Irish securities market, as the EU demands trades to be settled by EU-authorised CSDs.

Euroclear had previously explored the idea of setting up an Irish-based CSD as a potential solution, however this proposal was pulled in April last year.

In November, the European Commission said it will adopt temporary equivalence to ensure there will be no disruption to central clearing of derivatives and settlement of securities in Europe, stressing the contingency measure will be temporary in nature and should, in principle, not go beyond the end of 2019.