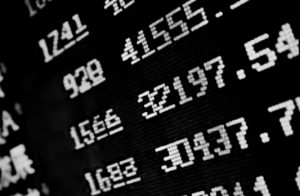 Euronext has halted trading in cash equities across its five European venues until further notice due to a technical issue.

The pan-European stock exchange said on social media that the issue had impacted all of its products. Euronext has cash equities markets in operation in Amsterdam, Brussels, Dublin, Lisbon and Paris.

“We are working to resolve this issue and we will provide an update as soon as possible regarding the resumption of trading,” Euronext said.

Euronext suffered a similar outage in October 2018 after it was forced to delay the opening of all cash markets. A technical issue with Euronext’s trading platform Optiq, which it had only recently launched, left traders unable to enter, modify or cancel orders on the central order book.

Jerry Perullo, chief information security officer for ICE and NYSE, and chairman of cyber intelligence group for financial services, FS-ISAC, said recently during a virtual event that eight other exchanges had been targeted at the same time NZX was attacked.

UPDATE: Euronext said in an updated post that the cause of the issue has been identified and resolved. All markets, apart from warrants and certificates which remain under investigation, will resume trading later today. The technical issue impacted the middleware system.