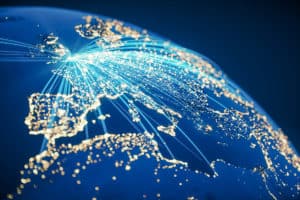 EU financial authorities are contemplating massive changes to rules for dark trading under MiFID II, which could see the removal of the controversial double volume caps (DVCs), as a review of the regulation gets underway.

In an in-depth consultation exploring changes to MiFID II for equities, the European Securities and Markets Authority (ESMA) acknowledged that the regulation has failed in its objective for increased transparency and the review will look to simplify the transparency regime for market participants.

One simplification that ESMA is considering is removing the reference price and negotiated trade waivers, after the regulator found that the percentage of trading under both waivers significantly decreased to almost half of its previous value in 2018 compared to 2017.

The move would leave the LIS and OMF (order management facility) waivers in place in a bid to increase pre-trade transparency in the market, with ESMA adding that the proposal would make the DVCs redundant, resulting in their removal from the regulation.

The DVCs were introduced in March 2018, following an initial delay to implementation, and have heavily affected trading volumes in dark pools in Europe. They trigger bans on dark trading when a transaction accounts for 4% of the total activity on a single dark venue, or 8% of total trading EU market-wide. Dark trading has steadily increased since the first set of DVCs expired in September 2018, despite early and dramatic declines following the introduction of MiFID II.

ESMA stated in its consultation that the DVCs have had positive, but limited, effects on market liquidity since they were implemented, but these benefits need to be balanced against the complexity of the DVC system.

Should the reference price and negotiated trade waivers remain in place and the DVCs maintained, ESMA has suggested adjusting the percentage at which the bans are triggered, either by removing the 4% total venue cap but keeping the 8% market-wide cap, or removing the 4% total venue cap and reducing the 8% market-wide cap to 7%.

Such a move would turn the DVCs into a single volume cap and lower the threshold to further limit dark trading at the EU market level. ESMA has also proposed the DVCs encompass all negotiated trades across illiquid instruments, and questioned what other systems the regulator could use in place of the DVCs.

Generally, market participants have criticised the move by regulators in Europe to curb dark trading, which allows for minimal market impact and in some cases can provide the best price for clients. Some have argued the volume caps are arbitrary and not based on concrete analysis, while others have previously described the DVCs as a political compromise.

The restrictions on dark trading have led to a proliferation of periodic auction and block trading venues in Europe. Following huge debate in the industry, ESMA has stated that periodic auctions have been used to avoid the DVCs and proposed an appropriate transparency regime be implemented for the venues.

ESMA has also proposed in the consultation that rather than removing the reference price and negotiated trade waivers, it could allow trading under the waivers for orders above certain sizes. However, the regulator cautioned that if more trading moves to reference price facilities then price determination could be weakened.

Market participants have until 17 March to submit responses to the consultation, before ESMA sends its final review of the transparency regime for equity instruments to the European Commission by July this year.

“While we consider that MiFIR has been partially successful, we also see some significant remaining challenges which should be tackled by a targeted review of the legislation,” said Steven Maijoor, ESMA chair, about the consultation. “We believe that the proposals presented today will allow for a recalibration of MiFIR, reducing its complexity, while improving transparency to the benefit of investor protection and orderly and stable markets in the European Union.”