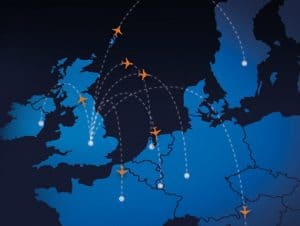 When it comes to Brexit the situation seems to become tenser with each passing day. Negotiations have dragged on and fears of a ‘no-deal’ scenario ahead of the UK’s departure from the European Union next March are starting to dominate the financial world. In July, the EU markets watchdog went so far as to warn that firms based in London must adequately prepare for such a possibility, urging that applications for relocation outside of the UK should be submitted immediately.

“ESMA has seen an increase in the number of authorisation requests submitted to EU27 authorities. Against this background, ESMA urges entities wishing to relocate to the EU27 to submit their application for authorisation as soon as possible to allow it to be processed before 29 March 2019,” the statement said. “Some [European national regulators] have already been clear to entities that, unless an application is received in the month of June/July, there is no guarantee that authorisation will be achievable before 29 March 2019.”

Ever since the referendum result of June 2016 was confirmed, one of the most pertinent questions was where the major banking players in London would relocate to.

Without delay, JP Morgan released an internal memo warning that the investment bank, which has around 16,000 staff in the UK, would look at relocating up to 4,000 out of London due to the referendum result. Rumours of the first several dozen employees leading the bank’s relocation efforts have already begun to circulate, with JP Morgan’s plans to expand its presence in several European cities, including Paris, Milan and Madrid, already underway.

Now, more than two years later, banks, trading firms and other financial services companies continue to evaluate alternative EU bases. According to a ‘Brexit Tracker’ from consultancy Ernst & Young (EY), which has tracked public statements made by more than 200 of the largest firms in financial services as of June this year, just under a quarter of enterprises have confirmed at least one relocation destination in Europe, with Frankfurt and Dublin proving most popular.

“The level of change to how financial services firms operate will still be significant and the time window to meet these challenges is short,” Omar Ali, UK financial services lead at EY, said of the tracker results. “Until there is more certainty around key issues, such as the degree of access, movement of people and cross border contract continuity we should continue to expect companies to make operational moves, and prudently stick to their original contingency plans.”

Citigroup, Nomura, Deutsche Bank, Morgan Stanley and UBS are among those to have to picked Frankfurt as their location of choice, with banks seemingly more vocal on their intentions than their counterparts. Dublin has also won the affections of other major institutions, such as Bank of America Merrill Lynch and Barclays, with the city’s proximity to London, low tax rates and regulatory framework proving favourable to many.

While they are moving at a slower pace than the sell-side, a number of major asset managers are also reviewing where to seek refuge from the Brexit storm in continental Europe. Although recent research from Liquidnet found there are asset managers and hedge funds aiming to keep their desks in London, large asset management players are seeking refuge from the Brexit storm in continental Europe, with T. Rowe Price, Columbia Threadneedle, Fidelity International and M&G Investments having confirmed plans to move certain funds and operations out of the UK.

But not only is the buy-side relocating, it is looking to hire within the cities that are chosen for relocation, according to research. A poll of 250 asset managers carried out recently by State Street found that 54% are reshaping their distribution strategy and anticipate a surge in hiring in new locations within the next five years.

“Asset managers must stay nimble to thrive in this new market environment,” Liz Nolan, State Street’s CEO for EMEA, commented. “The impact of Brexit is complex, particularly given the uncertainty surrounding negotiations. Our findings highlight how asset managers are proactively tackling the challenges it presents, and safeguarding their ability to support clients, remain competitive and access markets in a post-Brexit world.”

Other Brexit strategies have been slightly bolder. Pan-European exchange giant Euronext acquired the Irish Stock Exchange (ISE) ahead of the UK’s departure from the European Union. The €137 million deal was part of Euronext’s post-Brexit strategy and the addition of the ISE, since rebranded and now known as Euronext Dublin, to the exchange group’s federal model will certainly act as an anchor for Brexit-driven opportunities in the future.

Even the London Stock Exchange Group (LSEG), having reiterated that its key objectives are to maintain London’s position as a global financial hub, is making plans to establish a new base in Europe as part of its Brexit contingency plan for a ‘no-deal’ scenario. The exchange operator has reportedly chosen to relocate certain operations to Amsterdam and has already applied for several trading and trade reporting licenses in the Dutch city.

“The complexity and the lack of clarity of the application of a hard Brexit may decrease the effectiveness, or applicability of some of these contingency plans. As is the case with all change, these contingency plans introduce some change management risk,” the LSEG warned upon announcing its Brexit contingency plan. The applications were reportedly made for the LSEG’s multilateral trading facility (MTF) Turquoise, its reporting services business TRADEcho, and the matching, validation and reconciliation platform UnaVista.

Fears of a ‘no-deal’ continue to drive planning among London’s firms, but the number of UK employees in total that are expected to relocate has remained broadly flat in the first half of this year at around 10,000 people since the result. There is still time for clarity and compromise to emerge from the chaotic negotiations, but financial institutions have been forced to make decisions on Brexit without that clarity, instead relying heavily on contingency planning.

There are many industry participants that strongly believe that Brexit is not an existential threat to London’s global financial hub status. EY’s Ali believes it is unlikely that one pre-eminent financial services hub will emerge in Europe post-Brexit and that London will still be a leading global financial centre.

“Companies’ worst-case scenarios appear to be less drastic than initially feared, but words are now becoming actions and plans are becoming reality,” EY’s Ali added. “We are seeing more and more companies name multiple locations, unsurprisingly focused on those where they have existing operations or there is an existing financial services infrastructure to slot into.”