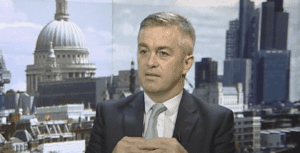 Earlier this summer, senior EU lawmaker and MEP Danuta Hübner laid out new details recommending further MiFIR amendments in a draft report for the European Parliament – and its firm stance has had the effect of polarising an already concerned industry.

Did the report contain what you expected?

While many amendments were widely anticipated, we fear that others might not bring the transparency and wider market efficiency they were designed for.

“While many amendments were widely anticipated, we fear that others might not bring the transparency and wider market efficiency they were designed for.”

One particular amendment that has caught the attention of some market participants is the exemption rules for the consolidated tape. Widely seen as the central feature of a package of capital markets reforms designed to bring more transparency to the European Union’s fragmented trading landscape, the consolidated tape, to be credible and efficient, needs to be as comprehensive and representative of the EU trading landscape as possible.

Why was the report’s treatment of CT a concern?
One of the more surprising proposed amendments coming out of this draft was the proposed exemption of markets that do not contribute significantly to the fragmentation of EU markets from mandatory contribution of prices to the tape. More specifically, the report has introduced the possibility of being exempted from mandatory contributions for markets that represent less than 1% of the total EU average daily trading volume, or do not contribute significantly to the fragmentation of EU markets. It also includes an opt-in option to the mandatory contribution scheme for those exemptible regulated markets (a higher share of the CT revenues should be re-allocated to them). In theory, the idea seems to be to exempt smaller regulated markets of lesser significance at an EU scale, which is, perhaps, a necessary and fair exemption, but in practice, the field of exemption appears to be much broader than that.

For example, the proposed amendment stipulates that a regulated market whose share exceeds 1% of EU average daily trading volume (ADTV) may also be exempt from contribution if it is the primary listing venue for shares and does more than 70% of ADTV on shares concerned or, if less than 20% of the volumes of these are traded on other venues such as Multilateral Trading Facility or Systematic Internalisers. In other words, if you are an exchange regardless of size, and you have over 70% of the trading volume in a share that you listed, then you won’t have to contribute to the tape. This exemption could be an open door for certain exchanges that are doing significant volumes to be exempted from contributing to the tape.

For the consolidated tape to be up to the EU and end-users’ expectations and needs, the full participation of all exchanges is absolutely critical and must be clearly outlined in the regulation. Otherwise, users of the tape will not have the full picture unless they subscribe additionally to the data feeds of omitted markets.

This approach to building a consolidated tape would negatively impact its relevance as it would not provide an actual ‘consolidated’ view of the market data. Ultimately, it could undermine end-user confidence in the tape and, by association, any ambitions to build a competitive capital market union.

What other elements caught your eye?

Another item worth our industry’s attention in the draft report is the recommended suspension of the double volume cap for five years under the rationale that current limits on the amount of trading that can take place without pre-trade transparency are arbitrary and that other measures are better placed to strengthen lit venues, including increased thresholds for the use of the Reference Price Waiver or higher Systematic Internalisers quoting obligation. This is in contrast to the Commission’s more pragmatic proposal which seeks to reduce the double volume cap to a simplified single volume cap (7%) at the overall Union level. The Commission’s proposal eliminates the current complexity of maintaining both an individual venue cap and an EU-wide cap but retains the aim to limit the level of dark trading in an instrument.

During the proposed five-year suspension, the report outlines that ESMA will continue to monitor the level of dark trading and be empowered to limit it by restricting the use of the reference price and negotiated trade waivers, if there is evidence that the volume of such trading is undermining the efficiency of the price formation process.

“For the EU to be consistent with its campaign for greater market transparency, it is critical that rules and policies are not motivated by fear of what other authorities are doing.”

But for the EU to be consistent with its campaign for greater market transparency, it is critical that rules and policies are not motivated by fear of what other authorities are doing, for example the UK. There seems to be some sort of apprehension that when the UK does away with the double volume cap, then we could see significant volumes in European names being executed in dark pools by third country firms. If the EU believes in transparency as a driver of more positive outcomes, then structuring the market accordingly is going to lead to more volumes being attracted to European markets. Doing otherwise and trying to align to third countries with a different approach to transparency is only going to lead to a ‘race to the bottom’, which ultimately won’t benefit investors.