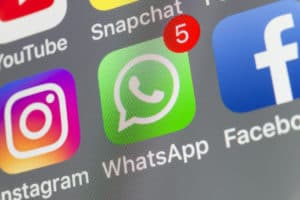 The majority of firms are not yet monitoring WhatsApp despite several major institutions being recently served with major fines by regulators, research by SteelEye has found.

Just 15% of investment firms are monitoring communication on the social media channel while just 9% monitor Slack and 3% monitor Signal, a Compliance Health Check report by SteelEye has found.

Around 40% of firms monitor incumbent platforms such as Teams and Bloomberg Chat, while only a quarter monitor Zoom.

“When it comes to email and desk phones – or traditional methods of communication – record keeping and supervision rules are relatively straightforward. The emergence of new communications channels like WhatsApp, and the vast volume of data they produce, have complicated manners,” SteelEye chief executive Matt Smith, told The TRADE.

“Post-pandemic, the rise of home and hybrid working has forced regulators to prioritise the growing problem of off-channel communication. Complicating things further, digital communications monitoring also brings with it the challenge of carefully balancing compliance and employee privacy.”

Bank of America became the latest major institution to be served with a $200 million fine from the Securities and Exchanges Commission (SEC) in the last few days relating to its use of “unapproved personal devices”, joining JP Morgan and Morgan Stanley who both also received multi-million-dollar fines from the regulator in the last week.

In light of this, over two thirds of firms now rank surveillance as one of their two main investment priorities for the coming year, SteelEye found, with 41% focusing specifically on communications surveillance as a priority.

Communication channels have increasingly come under the spotlight in recent years due to increased dependence on them during the global pandemic, which saw the industry forced into remote working conditions for prolonged periods.

“Monitoring off-channel communication will undoubtedly be a priority for both regulators and compliance teams in the coming years. Electronic communications channels are constantly changing, and new platforms pose a big risk to firms, as new places where unmonitored conversations between regulated representatives can take place,” added Smith.