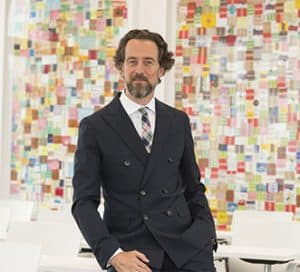 Allianz Global Investors’ (AGI) global head of trading has highlighted how automation in fixed income can enhance trader-to-PM communication and scalability, alongside execution.

Eric Boess highlighted the importance of communication during a buy-side keynote interview at this year’s Fixed Income Leaders Summit.

“The use of electronic platforms, while it is driven by the need to maintain productivity, frees up time for traders to do their actual day-to-day job, which is communicating with PMs, communicating what the street has in terms of information back to the PMs and vice-versa,” he said.

“For me, electronic trading is not only about efficiency in trading, that’s obviously one of the driving forces, but making traders an even more active part of the investment strategy that we are running.”

Boess detailed that as AGI has an exclusively active management strategy and works on a decentralised desk with PMs spread out across multiple locations, making the process of offering new products and greater flexibility is “paramount”, which can be achieved through greater use of electronic trading systems.

“Throwing more money or more people at the problem is not an option anymore, which is why being a little bit more electronic and scalable is something that is inevitable,” he said.

The proliferation of electronic platforms, such as all-to-all trading, in the fixed income market may have increased the number of players in the space and eased access to liquidity for some, it also means that firms such as AGI must be far more nimble and quicker the react to new developments.

“All-to-all adds a new favour to it but I don’t think it changes anything structurally, in the way that traders and PMs communicate,” he said. “What it does do is allow traders to get any axe not just from a dealer…so, more potential axes feeding into the system. That obviously requires us, as traders, to bit a little bit more nimble when it comes to reacting on those axes.

AGI went live with an automated execution system at the start of the year and Boess stated that the firm has seen “no surprises” in the time since, but did not put too much emphasis on the execution side.

“If you look at our equity business, which, at first glance looks like it could all be automated…we barely auto execution in equities, so in a way, fixed income has bypassed equities already,” Boess stated. “Some of the features that fixed income platforms build around what you can do with auto execution often cross the line to algorithmic trading, so the set of parameters we are using is much harsher than in most equity algorithms and I think that has great potential for the future.”

While the introduction of MiFID II this year may have brought about impactful changes to certain markets, Boess said that this impact was not as pronounced in fixed income, where changes in the market were “kicked off by regulation and the marketplace just picked them up and utilised them, making them grow in terms of what we are seeing in growth and platforms.”

However, Boess did express frustration with European regulators that have yet to make meaningful decisions on the issue of data consolidation, in particular the continued lack of a consolidated tape for fixed income data, which has resulted in a “reports in RTS28, which are pretty much useless, because no-one can read them.”