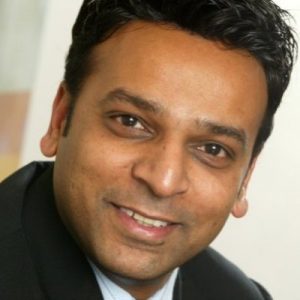 A new start-up is taking aim at established fixed income trading practices by placing greater power into the hands of traders and portfolio managers.

Former head of trading and FinTech at Nordea Asset Management, Miles Kumaresan, founded Wave Labs last year after departing the firm and is confident that he has built the tools necessary to disrupt the dominance of voice-based trading in the fixed income markets.

“In a healthy market ecosystem, there is a need for all types of actors,” Kumaresan told The TRADE. “While the buy-side, who are the true liquidity owners, would form the backbone of such an ecosystem, there is an acute need for others such as banks and alternative liquidity providers too. All these players should compete on a level technological playing field to be both providers and takers of liquidity.”

Details of the Wave Labs product are currently under wraps until the official launch later this year, but the idea behind the venture is to bypass the middle-man in the trading process by allowing traders to find liquidity themselves, empowering them through a set of “finer controls for trading”, according to Kumaresan.

“While it will take away some of the tedious work, it will also add lot more complexity to trading,” he explained. “The net effect is that one can work complex contingent orders and get better prices. This will definitely not reduce head count on any desk.”

The eventual goal of the Wave Labs tool would be to drive bid/ask spreads tighter and ease the path to fixed income liquidity for traders, and Kumaresan has already received interest in the project from several buy-siders, most of which he will not disclose yet.

“Miles is working on a novel approach – we would like to be involved in order to evaluate, support and to provide input,” said Erling Skorstad, COO investments at Nordea Asset Management. “If the final product from Wave Labs meets our expectations, we will then look to make use of the tradable streaming prices offered to us by banks and alternative liquidity providers via this platform.

“To exploit the contingent trading features, we will evaluate a direct interface between the platform and our SimCorp back-end.”

While there have been numerous entrants in the fixed income world seeking to introduce a new element of disruption, electronifying the market has proved to be a slow process, and for some, an impossible task.

The most notable example is BondCube, which generated a huge level of interest after it positioned itself as the “eBay of the corporate bond market” only to fall apart a few years later. While there is no guarantee that the industry will embrace the Wave Labs proposition, Kumaresan is so far taking a far more cautious approach, keeping product and prospective client details close to his chest until it’s ready for launch and running the operation on a modest staff.

The larger incumbents in the fixed income market may put up more resistance to the presence of new challengers such as Wave Labs, although Kumaresan states his tech will in fact bring more business to the venues, rather than take any away.

“Electronic venues in fixed income are fundamentally import,” he asserted. “However, order matching protocols of these venues alone cannot facilitate matching of the full spectrum of orders. We are working on this missing part. This also include addressing the portfolio manager workflow.”

He reiterates the point that Wave Labs is first and foremost a technology vendor and that market participants will continue to look for liquidity on trading venues, although as evidenced by his experiences with them thus far – “I have only had preliminary conversations with two of them. One was very enthusiastic. The other one not at all.” – not everyone enjoys disruption to the status quo.

When The TRADE profiled Kumaresan for the Q1 cover feature last year, he admitted to being “consumed” by the problem of aggregating fragmented liquidity across asset classes, particularly in fixed income.

Having spent the larger part of the past three years combatting this problem through the development and creation of new tools to facilitate execution, Kumaresan decided that it was time to leave Nordea in September last year to take on this challenge solo.

“As head of trading, one of my primary responsibilities was to optimise trading cost. In other asset classes, this is easily doable using combination of statistical models and technology. In fixed income however, there is not much room for this. It is very difficult to even quantify execution quality in fixed income – a fundamental piece for the optimisation process,” he said.

“This bothered me endlessly as I could not make meaningful contribution to fixed income trading quality. While I immensely enjoyed working at Nordea AM, this became my pre-occupation full time and I needed to set out and see whether I could come up with a solution.

“All I knew when I left Nordea was that one needed to rethink everything we are currently doing in fixed income. You cannot fix a dysfunctional setup with a plaster.”