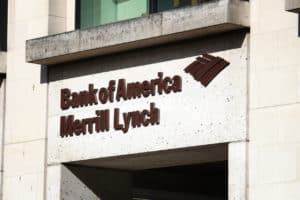 US exchange group ICE has entered into an agreement to acquire a suite of fixed income volatility indices from Bank of America Merrill Lynch.

In a statement, ICE said that the Merrill Lynch Option Volatility Estimate (MOVE) index and the accompanying fixed income volatility indices will become part of the ICE Data Services business. Terms of the deal were not disclosed.

“The MOVE Index has a long history of providing strong signals about bond market sentiment, and we’re excited to have it become part of our portfolio of fixed income indices,” said Lynn Martin, president and COO of ICE Data Services. “MOVE’s unique ability to concisely measure that sentiment will allow us to play a critical role in continuing to help our customers manage risk.”

“One can think of the MOVE as ‘the VIX for Bonds,” Harley Bassman, who created the MOVE index in the 1990s, commented. “By its design, MOVE has the unique ability to provide a signal for changing risk sentiment in the fixed income markets. While I would not call it predictive in isolation, rare is the case where a simultaneously low MOVE, flat yield curve and tight corporate spreads are not soon followed by bothersome market conditions.”

In 2017, ICE acquired Bank of America Merrill Lynch’s global research fixed income indices, the second most used fixed income indices by assets under management globally at the time. ICE Data Services’ COO, Martin, commented on the deal that the indices will provide the exchange group’s customers with more choice.

Earlier this month, ICE reported a surge in sales across its data business segment during the second quarter this year, with revenues up 5% year-on-year to $553 million. Exchange operators globally are increasingly expanding into more profitable alternative business lines, such as data and indices, as revenues from more traditional lines continue to decline.

ICE’s deal with Bank of America Merrill Lynch comes a week after the London Stock Exchange Group (LSEG) made a move to acquire Refinitiv for $27 billion. LSEG said upon announcing the acquisition that Refinitiv will help diversify its indexing, benchmarking and analytical services.