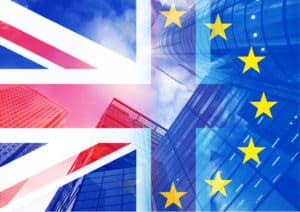 Fourteen trade associations have banded together to urge the European Commission to extend the temporary equivalence and recognition of UK central counterparties (CCPs).

The groups, which include the Association for Financial Markets in Europe (AFME), the Futures Industry Association (FIA) and the International Swaps and Derivatives Association (ISDA), wrote a letter to European Commission vice president, Valdis Dombrovskis, to highlight the need for an extension.

In December last year, the European Commission granted temporary equivalence of the UK’s regulatory framework for CCPs until 30 March 2020. The associations urged Dombrovskis that without the ability to clear transactions across borders in the case of a ‘no deal’ Brexit, firms and the financial system more broadly would be massively impacted.

“It is important for the purpose of maintaining financial stability in the event of a ‘no deal’ Brexit for the Commission to provide this certainty in a timely fashion,” the letter said.

The trade groups added that it’s also important to ensure transnational protections for EU counterparties negotiated under EMIR 2.2 will be available if the UK is eventually not found to be equivalent, or in the event that UK CCPs cannot obtain recognition.

“The associations request that the Commission amend the implementing decision on UK CCPs to extend the temporary equivalence until the date 18 months after entry into force of the relevant Commission delegated acts under EMIR 2.2, plus an additional three-month period to allow UK CCPs to serve termination notices to EU clearing members in the event that their recognition is withdrawn following ESMA’s review,” the letter concluded.

UK CCPs, including the London Stock Exchange Group’s LCH, largely expect to gain equivalence under EMIR 2.2. David Schwimmer, CEO of LSEG, said at an industry event earlier this year that he confidently expects permanent equivalence will be granted to LCH when the regulation comes into force next year.

“Under EMIR 2.2, we expect to receive permanent recognition to continue operating as a third country CCP and continue serving our EU customers from LCH,” Schwimmer said. “There may be some technical gap between when the temporary recognition would expire and EMIR 2.2 comes into force, but we are certainly engaged with the regulators on that and we expect there would be a technical extension there.”