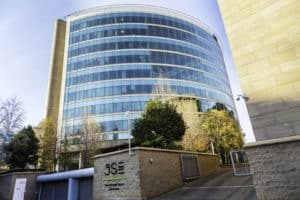 The first morning of the JSE’s Trade Connect event in Johannesburg brought into stark contrast the difference in sentiment between macro-economic factors and assessments of local market structure.

The conference was opened by Dr Leila Fourie, recently appointed group CEO, who returns to the JSE after several years in Australia in a range of senior executive positions in financial services. She pointed out that to survive, an exchange needs to keep moving forward, be resilient and “able to take a few knocks”

Taking a 10-year view, she noted that the JSE has produced impressive growth figures in terms of market cap and turnover as well as global connectivity and conformity with IOSCO infrastructure principles. She mentioned specific challenges of liquidity and making the JSE a destination of choice for both domestic and international listings as well as the broadly shared challenge in the global financial services industry of rebuilding trust.

The global context of market structure developments was addressed by keynote speaker Niki Beatie, founder and managing director of London-based Market Structure Partners, who argued that all markets need to reinvent themselves to flourish in the ‘information age’ now beginning.

Following demutualisation of exchanges in the 1990s, a developing trend was for those who provided flow to seek greater control, leading to the launch of alternative trading venues. Regulatory change has since led to further disruption though the pace of regulation is not always compatible with market developments, Beattie suggested.

The first wave of algorithmic market makers is now maturing, said Beattie, while differentiation in HFT strategies is becoming more evident. “Trading strategies using AI are already being deployed, but the hardware costs are substantial, acting as a barrier to entry and making economies of scale imperative,” she said.

At the same time, alternative data sets, including, for example, satellite views and real time payment data are being interrogated for insights into investment decision support.

Beattie also pointed to new technologies likely to have an as yet undefined impact. These include open banking APIs and distributed ledger technology, particularly its enablement of tokenisation. Even traditional IPOs are changing, she asserted. Spotify for example, cut out intermediaries in its direct NYSE listing in April, since deemed a success.

Inevitably, regulation has acted as a catalyst to change. Beattie acknowledged the focus of regulators on transparency in pricing and fees, but suggested that technology and data are more difficult for regulators to get to grips with.

“Ideally, we need regulators to see the bigger picture rather than focusing simply on microstructure,” she concluded. Rather than examining the furnishing of individual rooms, she suggested, “It would be good for them to view the house from outside to make sure the entire building looks safe.”

Attention then turned to the economic environment, both local and global, in which securities markets operate. A panel on the broad economic outlook for South Africa brought a note of sobriety to proceedings with a collectively downbeat assessment of the state of the South African economy, particularly with the challenges of a potential global recession.

“Growth will have to be generated internally,” said Isaah Mhlanga, chief economist, Alexander Forbes Group. Panellists agreed, however, that not enough is being done to strengthen state-owned entities, such as Eskom, South Africa’s electricity utility, that has embarked on an economically debilitating programme of load shedding.

There was general recognition of a lack of dynamism in the South African economy today with any political intervention to stimulate growth unlikely to have a short-term impact. While panellists did not expect a downgrade from Moody’s in the coming month, they appeared resigned to a negative outlook assessment.

Macro factors therefore contrasted with assessments of the robustness of the securities market ecosystem in South Africa. In perhaps the most optimistic presentation of the morning Stuart Theobald, chairman, Intellidex, a research and consulting house, outlined how South Africa could capture an opportunity as a regional financial centre.

South Africa, he suggested, could play a role in the second category, though a gap in infrastructure as far as clearing and settlement of non-ZAR denominated assets would need to be filled.