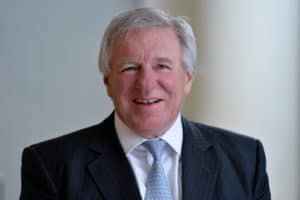 The £577 billion asset manager confirmed in a statement that Gilbert, who co-founded Aberdeen Asset Management in 1983, has advised the board that he will not seek re-election at the company’s annual general meeting on 12 May next year, and will retire from Standard Life Aberdeen on 30 September 2020.

“It is impossible to overstate Martin’s achievement in building Aberdeen Asset Management into a truly global and widely respected investment firm,” Flint commented. “His ability to attract talent to deliver that success and his unrelenting commitment to the firm’s clients leave a legacy of which he should be immensely proud and which serves as a solid foundation for our future success.”

In March this year, Gilbert stepped down as co-CEO of Standard Life Aberdeen, with Keith Skeoch leading the company as the sole chief executive. Skeoch, formerly CEO of Standard Life, and Gilbert, formerly CEO of Aberdeen Asset Management, took on the co-CEO roles after the investment groups merged in 2017 to form a £670 billion buy-side powerhouse.

“It has been an incredible journey, almost unimaginable from the earliest days when we were just three people in one office in Aberdeen with £50 million under management to today’s total in excess of £500 billion,” Gilbert stated. “For more than 30 years, I have been fortunate to have worked with brilliant people all across the company, and I would like to take this opportunity to thank all my colleagues – past and present – who have supported me on this journey.”