The TRADE > News > Regulation > MIFID II: The story since January 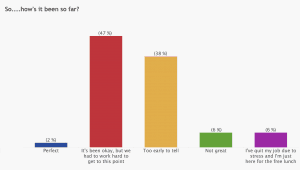 The early days of the new MiFID II regime haven’t thrown up the kind of turmoil some pessimists predicted, so far at least, failing to stunt activity at major asset management firms throughout Europe.

“To be honest, it feels like business as usual,” said Christoph Hock, head of multi-asset trading at Union Investment. “There were not any major disruptions or a drop in facilitation of liquidity across all asset classes in the first two weeks of MiFID II.

“For me, it’s a continuation of recent trends we’ve seen and after running a multi-asset trading desk for two years now, we are running the business the same as we did before. In this context, we don’t need the regulator to tell us what to do,” he added.

For Matthew McLoughlin, head of trading at Liontrust Asset Management, it has been a similar experience to Hock, as he described the industry’s approach to the new regulatory landscape as being more cautious, but still business as usual nonetheless.

He added that volumes were slightly lower in the first week of implementation, although there were expectations for this to occur and since seen activity pick up again. The most noticeable change for McLoughlin has been around reporting requirements, but even this hasn’t been too much of a burden to bear so far.

“The only real change in day-to-day operations is ensuring we have our approved publication arrangement (APA) up and open at all times on our desktops in case there are trades we need to report ourselves. Even then, there have so far been only a few cases where we have had to do this,” he said.

Changes to trade and transaction reporting processes under MiFID II have proven to be one of the most contentious and complicated parts of the new regulatory regime, requiring firms to process vast quantities of new data, and establish and maintain relationships which had previously not existed to ensure reporting runs smoothly.

“Day to day there has been a lot of system checking to make sure they are working as expected,” said Neil Bond, head of trading at Ardevora Asset Management. “There are extra fields we are getting now so we need to make sure brokers are populating them correctly, the data is feeding through efficiently and it is being reported properly. I can’t imagine that process has gone smoothly for anyone because we have heard that the test environments were available very late.”

It’s not just market participants that are cognizant of the current issues around reporting and what needs to be addressed in future. Speaking at an event held by the International Capital Market Association in early March, chief executive of the Financial Conduct Authority (FCA), Andrew Bailey, said the effects of MiFID II will only play out in full over a period of time, and that there was still more to do on implementation, particularly on reporting.

“A key challenge for firms in implementation was the expanded transaction reporting requirements,” he said. “These involved a step change in both the volume and quality of data we receive regarding transactions taking place in the market.

“The FCA, alongside ESMA, undertook extensive technological work to be ready to receive, interrogate and ultimately learn from this dataset. We estimate that under MiFID, we will capture some 30-35 million transaction reports a day, up from 20 million before its introduction. There is a determination on our part to exploit the full possibilities of these data to support our efforts to deter, detect and punish market abuse.”

While Bailey warned that the regulator would not be showing forbearance to firms that prove incompliant with MiFID II, it’s clear that the FCA is aware of the scale of the challenge firms are grappling with, even with the years-long lead time the industry has had to prepare.

Since the 3 January implementation date, the FCA has made several moves to shore up its bolster of MiFID II. In mid-February the regulator launched a request for input from the industry, looking to review how technology can help firms to better meet reporting requirements and improve the overall quality of the data submitted, on the back of its two-week ‘TechSprint’ which resulted a developed proof-of-concept which allowed reporting rules to be machine-readable and executable.

MiFID II hit its first major hurdle just one week into the new regime when the European Securities and Markets Authority (ESMA) delayed the implementation of its dark trading rules, which will introduce double volume caps (DVC), triggering bans on certain types of dark trading when a transaction accounts for 4% of the total activity on a single dark venue, or 8% of total trading market-wide.

A statement from the European watchdog on 9 January detailed that the data it had received from trading venues in the six days since the new regulations came into force was insufficient for a “meaningful and comprehensive calculation” of the caps. 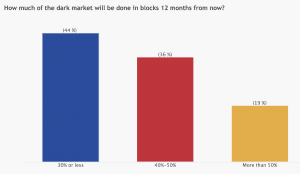 Rebecca Healey, head of market structure and strategy at Liquidnet EMEA, said that the concept of the double volume caps was “incredibly flawed” considering that systematic internalisers, also introduced as part of MiFID II, are exempt from the rules.

“The delay is a sensible decision, although I’m yet to meet anyone who thinks the double volume caps are a good idea,” said Healey. “The dark trading rules under MiFID II provided a political answer to the perceived problem of dark pools, but in fact there is a much more fundamental debate that needs to happen about what the true purpose of a dark pool is.”

The delay did not come as a shock to the buy-side who understood that the sheer scale of the legislation and volumes of new data would likely cause problems. Ardevora’s Bond said the extension should give the industry enough time to adequately prepare and resolve outstanding data issues, but changes will still be required within execution management systems (EMS) to display where the caps are in place.

“There were always going to be issues with the initial implementation of MiFID II,” Liontrust’s McLoughlin added. “That was always going to happen because there is so much involved and so much data needed to be compliant. It was never going to be an easy; it’s an immediate change across the industry. There are always glitches with something like this before everything is ironed out.”

Just how long it takes for all the nuances and glitches of MiFID II to be ironed out is a matter of conjecture depending on where people sit in the market. While much of the discussion leading up to the introduction of the new rules was focused solely on the 3 January implementation date, there is still much more work to be done going into the rest of the year and beyond. 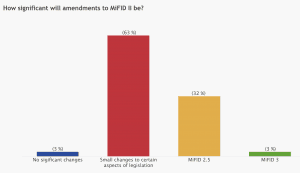 Quantitative data won’t become available on how the trading landscape has changed for some time to come – with some estimating that it could take as long as 18 months to filter through – but some market changes are clearly being felt already.

Just one week into the new regime, the Europe equity research market saw a decline of $300 million in the wake of MiFID II’s new rules on unbundling payments for investment research and execution fees. A study by Greenwich Associates found research and advisory budgets were reduced on average by 20% year-on-year, causing nearly $300 million to be wiped off its estimated $1.35 billion value, while firms in Continental Europe made more severe cuts, slashing equity research budgets by 32%, although firms in the UK were more restrained and reduced budgets by 17%.

What is evident is that MiFID II has placed more responsibility on the buy-side to ensure systems are working on a day-to-day basis as they should be, and to stay on top of trades that leave reporting obligations with the buy-side.

Nevertheless, Hock at Union Investment concluded: “We will continue implementing new technology, improving our processes and continually training our traders to be more proactive with venues and organisations.”