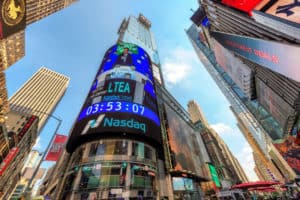 Nasdaq Nordics has been fined SEK 300 million, or $36 million, after authorities found ‘serious deficiencies’ in its operations after a Swedish trader incurred huge losses in 2018.

The fine related to an incident when the spread between Nordic and German electricity prices increased unexpectedly, and commodities trader Einar Aas was unable to cover losses.

An investigation by Sweden’s Finansinspektione (FI) following the incident found that Aas had insufficient funds to cover the losses and Nasdaq had incorrectly calculated the margin needed, forcing it to withdraw cash from its default fund.

Nasdaq Clearing AB had insufficient requirements in place relating to clearing members’ financial and operational capacity, according to FI, which led to the incorrect calculations and insufficient margin calls.

“Because the collateral the member had pledged to Nasdaq Clearing was insufficient for covering the loss in the portfolio, money was withdrawn from the default fund, which consists of contributions from all clearing members and is intended to cover losses of this nature,” FI stated.

Nasdaq Clearing was also in violation of EU regulation on OTC derivatives, central counterparties, and trade repositories by investing its own funds in derivatives too long after the default event. FI added this resulted in prohibited exposures to credit and market risks.

In March, ABN Amro’s clearing arm incurred a $200 million loss after a client failed to meet margin calls during the increased market volatility due to the coronavirus pandemic. ABN Amro Clearing was forced to close-out the client’s position to prevent further losses.