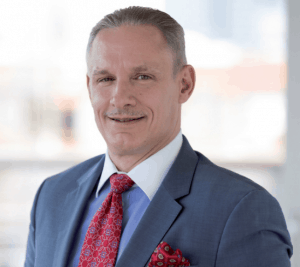 Plato Partnership has appointed its co-chair and founding member Mike Bellaro as its first chief executive officer as the industry group looks to establish a more dedicated leadership model.

Bellaro departed Deutsche Asset Management this summer after 30 years with the firm, where he held  numerous senior positions throughout his tenure, most recently as global head of equity trading. As Plato Partnership’s CEO, Bellaro will lead the not-for-profit group in its aim to solve market issues and identify opportunities within European equity market structure.

Bellaro was instrumental in Plato Partnership’s agreement with the London Stock Exchange Group’s Turquoise as its preferred partner, which eventually led to its rebrand to form Turquoise Plato Block Discovery and Turquoise Plato Uncross.

“As we enter into perhaps the greatest period of change in trading history, Plato has a unique opportunity to shape the market structure design of tomorrow with a number of initiatives to be announced in the coming months,” Bellaro said.

“It is an immense honour and a privilege to be appointed CEO of Plato Partnership, and I am thankful they have given me the opportunity to continue developing the proposals I initially helped shape in my previous role as buy side co-chair.”

Plato Partnership also confirmed that Union Investment’s head of multi-asset trading, Christoph Hock, has been appointed as buy-side chairman with immediate effect. Hock will work alongside Plato Partnership’s sell-side chairman, Nej Djelal, who is currently head of electronic equities for EMEA at Barclays.

“It’s a privilege to work as buy-side chair of Plato Partnership and I look forward to working with Mike, Nej and the Plato Partnership member firms in our efforts to reduce trading costs, simplify market structure and champion the needs of end investors,” Hock commented.

“I am excited to help Plato Partnership bring the buy-side and sell-side closer together and to work with their extensive network of platform providers, exchanges and venues, regulators and academics.”

“Such progress is reflected by the success of Turquoise Plato and the formation of the academic network with Imperial College Business School. What’s more we know achievements to date represent only the tip of the iceberg, with so much more to come,” he said.