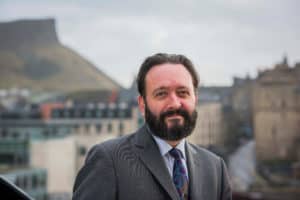 As independent stock exchange’s across Europe become part of larger borse groups, there is one group working to launch a new trading venue with a focus on ‘capitalism for good’.

The launch of the Scottish Stock Exchange (SSE) will mark the first time Scotland will have its own stock exchange since 1973, when the nation’s trading venue became part of the London Stock Exchange Group.

Speaking to The TRADE, Tomas Carruthers, founder and chief executive of Borse Scot, the registered firm behind the project, said that the aim of the Scottish Stock Exchange will be to create a “globally-facing and impact focused” trading venue.

“What that latter point means is our issuers will all have to report on their environmental and social impact, just as they already report on their financial performance and governance arrangements”, Carruthers said.

“Our vision is to normalise impact reporting, for it to be in the mainstream: only by aligning market return requirements with impact can we hope to address the prevailing external challenges.”

Based in Edinburgh, the exchange has currently slated the latter half of 2019 to launch once it receives approval from the Financial Conduct Authority. At the end of June, SSE announced the appointments of Elaine Morton as chief regulatory and compliance officer, and Helen Webster as chief operating officer, completing its executive team.

While some newly-minted exchanges have struggled to attract liquidity, with alternative venues often succumbing to establish a solid position among a crowd of peers, the new venture’s focus on social and ethic investing may be a key differentiator.

Carruthers says that while ESG (Environmental, Social and Governance) has become a well- established concept in financial markets, impact investing aims to take this a step further by placing non-financial returns on an equal footing to financial, and, he asserts, demand is on the increase.

“The Global Impact Investing Network reported in their latest annual survey that impact investment assets under management more than doubled to $502 billion, while the World Bank’s International Finance Corporation estimates demand for said assets could be up to $26 trillion,” he says. “Societal attitudes are changing fast and market forces will bring the capital and therefore the incentive for companies to rethink their priorities.”

At a time when Brexit casts a looming shadow over the European financial markets, with the echoes of the failed bid for Scotland to become independent from the rest of the UK five years still reverberating, it’s far from a stable environment in which to launch the nation’s first independent exchange in nearly half a century.

However, Carruthers points to significant advancements in technology, alongside a “seismic shift” towards impact investing, that makes Scotland an ideal home for a new exchange.

“Scotland has a long history of innovation in financial services and a global outlook; in the modern day, its adoption of the UN’s Sustainable Development Goals, the entrepreneurial environment, the high proportion of financial and advisory skills and its current absence of an exchange, makes it a natural place to launch,” he explains.

It was announced in December that the new exchange had partnered with pan-European trading venue operator Euronext, which would provide its Optiq platform as the project’s technological foundation.

Carruthers points to this partnership as a key development for the progression of the exchange; by using a platform already heavily embedded in the European markets he says this lends the project’s technical components “instant credibility” – it may also go some way towards accelerating regulatory approval – although the trickier subject of Brexit is one that the project has been planning for.

“Our own plans are well-advanced and have strong support. Both Euronext and we have reviewed our bases case and our project plans in the light of Brexit and we remain on track,” says Carruthers.

“While uncertainty creates sclerotic markets, companies and municipalities nonetheless need capital and we hope that the technological advances in capital movements will ensure deal flow.”