The TRADE > News > Buy-Side > Risky business: the changing face of risk during the pandemic 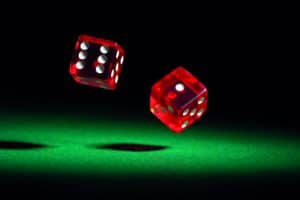 The COVID-19 pandemic threw firms into disarray as we tumbled into a bear market in the first three weeks of March. With this development, a second pandemic of doubt and fear was taking place under the surface.

Volatility meant that few people could predict the future and this unpredictability saw appetite for risk weaken as market participants began to view their investments through a more cautious lens.

This in turn has meant investors from both the buy-side and sell-side are less likely to want to take on risk.

The Cboe volatility index, otherwise known as VIX, hit a record high of 82.69 on 16 March. Also referred to as the ‘fear gauge’ or ‘stress gauge’, the VIX provides a measure of investor confidence and market risk. As the VIX soared investors hurried to exit risky positions and hedge against potential future risk.

“If you look at buy-side mentality, it has somewhat shifted away from aggressively requesting risk from high-touch trading desks over the last six to nine months,” says Carl Dooley, head of European trading at Cowen.

This shift in mentality led to investors placing more value on finding natural liquidity, or a natural buyer on the other side of a trade, as this is considered a safer way to invest money.

“Of course, risk exists and I assume that it always will but it definitely seems to be a diminishing activity as a percentage of overall market volumes. That is not to say that all flow has turned passive, rather there has been less pure risk demand,” Dooley adds.

In March, bid-ask spreads widened to almost five times their original size, and while they have tightened since March, firms are still trading at around 50% the expected spread size. This was due to less willingness to provide risk at the usual price levels, which made the cost of transacting surge for many traders.

“Market makers demanded a premium for risk and alongside that you had the buy-side that did not want to have such a high amount of risk within the overall market volumes that are traded. It has been both the buy- and sell-side that have resulted in bid asks widening so much,” Dooley explains.

“This change was happening anyway. If you look at potential risk books or specialised risk book models and how they performed and evolved over the years, I will say that for many the centralised risk book model in Europe has failed. The strategy of inheriting and immediately unwinding inventory into the market is a guaranteed loss leader.”

Further afield, the changing face of risk was seen in the futures market as arbitrage models using dividend futures began to fall apart bringing down with them several firms and proprietary trading desks.

“Risk pricing in general fell away,” says a senior trader from the buy-side, speaking on the condition of anonymity.

Dividend futures can be used in arbitrage models by banks to hedge risk. To sell a future, banks need to cover that position and to do so would buy a basket of stocks that pay dividends. To hedge away any dividend risk they trade the dividend future. The future gets the cash and the banks gain long dividend exposure, which is hedged against the shorted dividend.

However, the dividend futures market fell apart in March amid huge uncertainty as to whether companies would be able to pay dividends in the future. The dividend futures price for Europe went from trading at 125 to 50 in March during the height of the pandemic.

Defined as a distribution of profits by a corporation to its shareholders, a dividend became a rarity during the increased market volatility as companies’ revenues plummeted. What’s more, future dividends became something to be scoffed at. Companies globally began to slash dividend payments or cut them all together in a bid to conserve cash. BP, for example, announced in August that it would lower its pay-out to investors for the second quarter of 2020 by 50% to 5.25 cents a share.

“If you have cash flow issues then paying out dividends is obviously something a company won’t necessarily do. I can’t speak for every company, but obviously dividends have changed since the pandemic,” says Liam Stone, trader at Lombard Odier Investment Managers.

Uncertainty shrouded whether companies were able or willing to pay dividends as fear of cash flow spread prior to lockdown. Naturally, this led to confusion as to where one could trade versus what the actual price was.

“When brokers don’t have clarity on dividends and we’re asking for pricing in two or three years, we had some [sell-side] counterparties that just refused to quote and then other brokers naturally pricing wider. A large part of that was the lack of clarity on the dividends,” adds Stone.

This collapse in confidence from investors in companies’ ability to pay dividend futures meant market participants were reluctant to price risk as they could not hedge the risk associated with the dividend.

Subsequently, the arbitrage model collapsed and the market saw a pullback in risk pricing more generally. Many firms and proprietary trading desks had no choice but to withdraw from the market all together and liquidity issues rippled across more than just futures.

Often, risk pricing involves principal liquidity, also referred to as proprietary liquidity. Proprietary liquidity is when a bank or a trading firm trades using its own money instead of money from clients. This type of trade allows the firm to absorb all the profits gained as opposed to only receiving commission from its clients.

Arbitrage and quantitative strategy specialist hedge fund, Millennium, was a headline example of this collapse. In March, the fund shut down several of its trading “pods” due to significant losses caused by the pandemic.

“With the arbitrage desks just not being there to supply that additional volume into the order book with the roll market, it [dividend futures] really did fall apart a bit,” says one buy-side trader.

“That [the collapse of the futures market] led to a vicious circle where if the futures markets had gone wider then there’s no one buying the cash baskets, so the cash markets go wider, and there’s less liquidity and more volatility in those. It just keeps going around and around.”

“It just shows there was worse liquidity seen,” says another senior trader from the buy-side speaking anonymously. “You would have thought the morning after the election that more liquidity would have been coming to the market.

“I think it just showed that there is such a nervousness around risk criteria and risk models that now they have pulled back so much. To be seeing an average of just 15 contracts on the bid-offer of the S&P 500 futures is tiny. That again just shows the whole reaction to risk.”

The pullback of trading firms and proprietary trading desks from the market had a knock-on effect on those buy-side firms who rely heavily upon proprietary liquidity. In a riskier environment brokers were less willing to put up principal liquidity to be traded.

Lombard Odier Investment Managers noted that principal liquidity decreased 70% from January to March. In January, about 30% of all its hedge fund trades were through some form of principal liquidity, whether that was automated, actionable or through a channel. In March, this dropped down to 8%, says Stone.

The risk involved in trading proprietary liquidity or trading from your own balance sheet requires sophisticated software to ensure revenue is not lost. Brokers can unwind more passively through a central risk book (CRB) model or by using other arbitrage models to hedge risk.

However, as these hedging strategies collapsed, players took a step back from the market and with less proprietary players and risk pricing in the market, buy-side firms were forced to take on agency and risk that those counterparties would have otherwise absorbed.

“We don’t just use principal liquidity to use the bank’s balance sheet. Banks have better tools to unwind that risk that we don’t have,” says Stone.

The future of risk and the form it will take in the market is uncertain. As the world moves towards a COVID-19 vaccine, there is the potential for market participants to favour more hair-raising investment strategies as the world transitioning back to business as usual becomes more likely.

But the end is not yet in sight. Many countries continue to impose restrictions that enforce lockdowns, travel bans, and remote working conditions, all of which impact the economy. There will always be some degree of risk within the market, that is a given, but to what extent is yet to be seen.