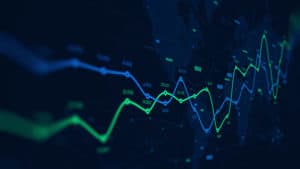 Intraday liquidity on the lit primary markets is continuing to dive as systematic internalisers (SI) have their best month since 2019, a report by Liquidnet has found.

EMEA trading turnover reached record levels in H1 of this year, with daily lit volumes reaching surge levels of €75 billion and €82 billion in April and May respectively. This was followed by a sharp decline in June, halving to €42 billion.

As volumes shrank in June, SIs prospered, accounting for 27% of European flow, while lit primary activity hit an all-time low of 28% – almost half its previous 2017 peak of 53% pre-Mifid II.

The average order size in SI flow has also seen a steady increase, reaching 40,000shares in April. This number fell back to 35,000 in June, however; and as Liquidnet’s report notes, this number remains far higher than those seen at the beginning of this year, when average fill sizes stood at 13,000.

European regulators have made several moves in the last year to try and limit SI activity and push volumes back onto lit markets, namely through the introduction of a minimum threshold for the Reference Price Waiver (RPW) and by limiting their ability to match at mid-point when trading above twice the standard market size (SMS) but below the Large in Scale (LIS) threshold.

“The result [of the regulatory restrictions on SIs] is likely to be anything other than a return to the lit primary,” Liquidnet said in its report.

“SI activity is automated provision of risk which flows according to market conditions, consequently thinning intraday liquidity which also exacerbates SI provision towards periods of greater trading activity such as the Close.”

Other regulatory changes proposed by regulators in Europe as part of its Capital Markets Union update in November included the introduction of a blanket 7% double volume cap. This is potentially about to change, with EU regulators now exploring the option of following a similar route to regulators in the UK and scrapping the DVCs all together.

According to Liquidnet’s report, the percentage of European market activity accounted for by dark trading declined fractionally in June, reaching 6.5%.

Liquidnet’s report identifies a cyclical nature to SI market share, peaking annually in April, May and June and then tailing out towards the end of the year. As the venues’ market share could therefore be in decline, and with regulators hell-bent on minimising their activity and (seemingly) allowing frequent batch auctions to slip away unscathed, Liquidnet predicts that periodic and frequent batch auctions could see a rise in popularity despite a plateaued European market share in the last quarter.

“Our view is that market participants will once again increase their use of periodics rather than return to continuous lit markets,” said the report.