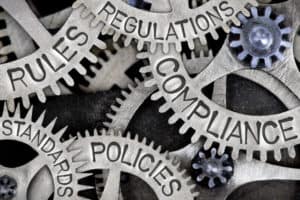 The updates fall under three broad categories of consolidated tape, market structure and transparency, and the forwarding and execution of client orders – and while many were widely expected, the report nevertheless contained a few surprises that could set the cat once more among the pigeons.

More CT controversy
On the contentious question of a consolidated tape (CT), the report recommends an amendment to require both pre- and post-trade data reporting for equities, as well as post-trade data for all other asset classes.

This represents an interesting addition, and one that is unlikely to be popular with exchanges, some of which have expressed preference for a post-trade version with at least a 15-minute delay, with many concerned about the loss of market data revenues that a CT would bring. However, they are likely to be disappointed, with Hübner stressing that: “The efficiency of the CT will be proportionate to the value it provides to its users – in this sense, it is essential that the equity tape contains real-time, pre-trade information, necessary to inform investors’ trading decisions.”

“Nasdaq continues to support the creation of consolidated tapes that bring value to the broader investment community, but we remain opposed to the inclusion of pre-trade data,” James McKeone, vice-president and head of European data at Nasdaq, told The TRADE in response to the report. “Firstly, latency issues will create a confusing view to end-investors who will see stale prices and have a distorted view of the market, and secondly it will hurt smaller exchanges in a disproportionate way.”

Not everyone agrees, however. “[We] support the proposal that both a pre- and post-trade consolidated tape is the best long-term solution and we consider that this should be the target even if, from a pragmatic perspective, a two-phase approach is adopted to try to ensure that the creation of the tape is progressed in the most timely, efficient and effective manner,” said Aquis group COO/Paris CEO Jonathan Clelland, speaking to The TRADE.

“We have long advocated for a real-time pre- and post-trade consolidated tape for equities, and support any move by policy makers that brings this closer to reality,” added Natan Tiefenbrun, president of Cboe Europe. “We believe it will bring material benefits to the region’s capital markets and investors, in particular by improving access to data, enhancing best execution and encouraging greater retail participation in EU equity markets.”

It should be noted that concerns over a loss of revenue for exchanges have been recognised by the European Parliament, with the amendments introducing some relief by way of an exemption from mandatory contributions for smaller exchanges (that represent less than 1% of total EU average daily trading volume. They can still choose to opt in, however, to get their own share of the CT revenues.

Finally, the report lays out a clarified timeline: recommending that the different tapes be introduced in a phased approach – starting with bonds, then equities/ETFs and finally derivatives – with no longer than six months between appointing a provider and launching the product.

Good news for SIs
Hübner notes in the report that the definition of a systematic internaliser under the existing regulation has led not only to a significant increase in the number of SIs across Europe, but a substantially higher regulatory burden on both ESMA and the investment firms themselves.

“The current SIs regime is complex and unclear.”

“[The] current SIs regime is complex and unclear,” said Hübner. “In particular, the regulatory burden disproportionately affects smaller investment firms, which would benefit from a lighter and more flexible regime.”

The amendment introduces qualitative criteria for SIs as well as the option of opting into SI status, which Hübner believes will limit the regime to liquidity providers only. Crucially, it also decouples reporting obligations (including the requirement to make transactions public) from SI status, allowing market participants to register as a ‘designated reporting entity (DREs)’ instead, which it claims should provide “more flexibility and better clarity”. It also instructs ESMA to set up a register of all SIs and DREs, in order to reduce the regulatory burden, especially on smaller firms.

Strong stance on PFOF
Regarding the equally controversial practice of payment for order flow (PFOF), Hübner points to the problem of different national regulators interpreting the rules differently. The new amendment “minimises supervisory divergence and bans the payment for order flows across the Union,” as well as recommending clarification on best execution requirements and suggesting that ESMA should develop new technical standards on how to define order execution policy.

“The new amendment minimises supervisory divergence and bans the payment for order flows across the Union.”

It’s a longstanding debate, which has pitched member states against each other as well as raising the question of global regulatory divergence. The practice is banned in the UK and Canada, but is widespread and highly popular in the US (although there have been rumblings that it could soon be limited across the pond as well).

In the EU PFOF has not yet been banned outright, with Germany leading the pro-faction, although many other states oppose it. However, despite some suggestion earlier in the year that the EU might scale back on its plans for a full ban, the latest report seems unequivocal in its stance.

Dark pool caps scrapped
The report also recommends removing the dark pool limitations brought in under Mifid II, in a move that could see the EU move to compete with the UK for dark trading volumes. “These caps were set arbitrarily and proved to be of limited utility, and their removal would reduce complexity and align the Union with international practices,” said Hübner.

Currently the Union has far lower dark pool allowances than the UK, which has sought to reinvent itself post-Brexit as an attractive destination for dark trading, while the EU has prioritised transparency within lit markets.

Convergence over divergence
Banning PFOF and scrapping dark pool caps would, notably, bring the EU closer to the UK in two key areas of regulatory focus – a rare example of convergence (for a change), compared to divergence.

“It’s positive to see a more pragmatic response to the EU Commission’s proposals, which could see Europe row back from some of the more restrictive measures tabled in November.”

“It’s positive to see a more pragmatic response to the EU Commission’s proposals, which could see Europe row back from some of the more restrictive measures tabled in November and ultimately lead to less regulatory divergence between the two markets,” commented James Baugh, head of European market structure at Cowen, speaking to The TRADE.

“I also see support for a real-time pre-trade tape as big step in the right direction. That said, PFOF remains an area of uncertainty and with Germany still pushing back on an outright ban, this will have to run its course.”

Nuts and bolts
The report contains a number of other amendments, including:

– Reinstating the exemption for non-financial entities (NFEs) who execute transactions on trading venues.
– Subjecting investment firms (in addition to trading venues) to data quality standards when submitting market data.
– Requiring all market operators (and investment firms operating an MTF or an OTF) to obtain an ISO legal entity identifier (LEI) for all traded securities, in order to ensure an even playing field between EU and non-EU issuers.
– Confirming the removal of RTS27 and 28 with regards to reporting obligations.
– Adding a requirement for giving at least two “materially active” liquidity providers the opportunity to interact with independent order flow with regard to price formation.
– Allowing, for third country shares, the use of the prevailing tick size on the main exchange, in order to boost competitiveness.