The TRADE > News > Regulation > Could regulatory divergence finally be on the cards for the UK? 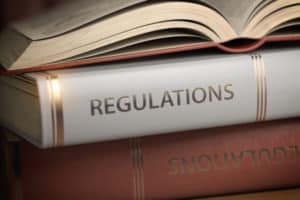 At over 330 pages, the new Financial Services and Markets Bill submitted to Parliament on 20 July, 2022 is the biggest piece of financial markets legislation since the original Financial Services and Markets Act (FSMA) was first published, way back in 2000. But is it the ‘Big Bang 2.0’ that government sources suggested we could expect – and could it herald a long-awaited (and widely hoped for) period of regulatory relaxation similar to the sudden deregulation of the financial markets under Thatcher in 1986?

The bill is wide-ranging, covering vast swathes of the financial markets across everything from insurance to payments, but for wholesale players it contains some particularly relevant provisions, under the aegis of the Future Regulatory Framework (FRF) Review, first established in November 2021 to explore how the UK’s regulatory framework should evolve to fit the country’s new ex-EU position.

Sections three, four and five of the bill specifically outline broad powers for HM Treasury to modify or review retained EU onshored legislation and replace existing references to EU directives. The Treasury now has the authority to amend onshored legislation and EU directives “for the purpose of making the law clearer or more accessible,” which is in theory promising.

Beyond that, however, there are few surprises, with much of the relevant content following a similar path to that already proposed across parallel platforms such as the UK Wholesale Markets Review, the UK Listings Review, and the FCA’s recently launched equity secondary markets review.

A notable change is that the bill delegates power from primary legislation down to both the Financial Conduct Authority (FCA) and the Treasury, in keeping with the government ambition of “agile regulation,” which could see faster and more responsive updates to reflect industry needs.

“This can be seen in giving the FCA power to frame waivers from post-trade transparency requirements, via a replacement Article 4 of the UK onshored Markets in Financial Instruments Regulation (MiFIR), as well as giving the FCA rulemaking power over both pre- and post-trade transparency requirements for both fixed income instruments and derivatives,” pointed out law firm DLA Piper.

Another significant element of the new bill is that it deletes the Share Trading Obligation (STO), along with a large part of Article 23 of the UK’s onshored Mifir (the regulation governing Mifid II), meaning that UK firms’ only requirement to be authorised as an MTF would be to operate an internal matching system to executive client orders for equities and equity-like instruments.

The bill also introduces the concept of new ‘financial markets infrastructure sandboxes’, particularly in the fields of digital and other alternative trading, clearing or settlement solutions where operations do not easily fit into existing regulatory criteria – a move that should come as welcome news to digital pioneers.

In addition, a ‘critical third parties’ provision brings service providers to the financial markets closer to regulatory supervision – in particular, data and cloud services providers, along with some intermediaries.

And the bill plans to extend current banking and payment system rules to include crypto assets including stablecoins – something that may not directly impact the trading community immediately, but is reflective of the wider move towards a more robust regulatory attitude in the crypto space.

This liberalisation of the secondary markets, coming as it does on the heels of a new capital markets reform taskforce headed by the London Stock Exchange, a new secondary markets committee formed by the FCA and including numerous heads of trading, and of course the recent consultation launched by the regulator on how to improve the UK’s equity markets, suggests that momentum for streamlining the UK’s regulatory environment could finally be gaining pace.

“It is fair to say that we’ve been talking about divergence post-Brexit for a while, but nothing materially has changed so far. Many have anticipated a period of deregulation as the promise of Brexit was a more competitive landscape for the industry in the UK, but the regulator hasn’t really moved things forward.”

Given that the latest bill was introduced to Parliament just a day before the summer recess, we are unlikely now to see any movement until at least September. Once Parliament returns however, the new leader of the Conservative party – and by default, new prime minister (whoever that may be) is likely to be keen to drive forward these reforms as part of the party’s signature financial liberalisation package post-Brexit, suggesting that we could see swift movement once the ducks are finally in a row.

« The evolution of equity derivatives: an asset class that’s all grown up