More sophisticated electronic trading solutions will be needed in response to caps on European dark trading set to be introduced as part of MiFID II, the audience at TradeTech Europe 2014 has heard.

Speaking on a panel about the impact on dark trading of the Markets in Financial Instruments Regulation (MiFIR), Brian Schwieger, head of equities at the London Stock Exchange Group, said new algorithms which can aggregate flow in order to use the large-in-scale waiver would be needed in the post MiFID II world.

“The 4% and 8% caps are an issue because at the moment most dark trading happens under the reference price waiver, which is subject to this cap,” he explained.

“The challenge for the industry is to figure out what to do with this flow. Exchanges have some options, such as intraday auctions or new order types that can enable larger executions. However, the real innovation is not going to come from the venues. The brokers and buy-side will need to develop new algorithms that can help them bring more trades under the large-in-scale waiver.” 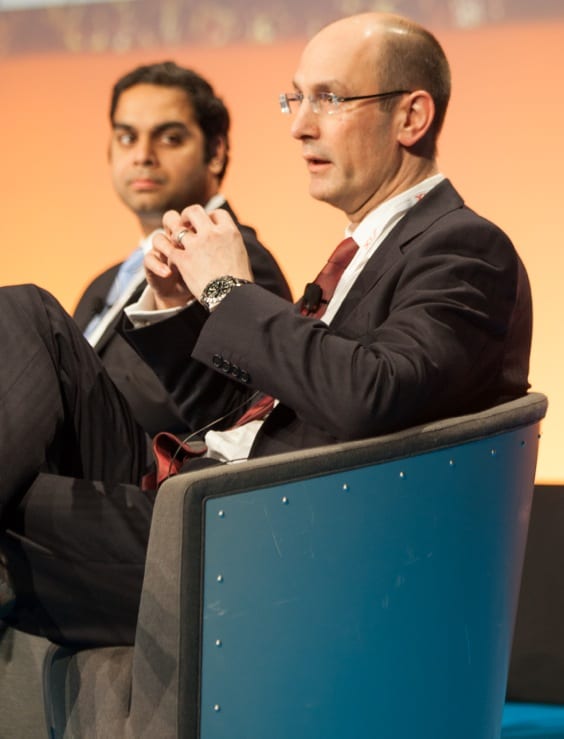 Once MiFID II and MiFIR come into force, dark trading will be capped at 4% of all trading in a given name for a particular venue and 8% across the market as a whole. However, the rule only affects trades made under the reference price waiver and some aspects of the negotiated trade waiver, meaning most market participants are now looking to the European Securities and Markets Authority (ESMA) to revise the rarely-used large-in-scale waiver to make it more appealing.

As well as needing more complex algorithms, Schweiger also believes that the demand for block trades will result in a greater role for human intervention, where brokers find ways to identify liquidity and step in to facilitate a larger trade between counterparties.

Tim Rowe, manager of trading platforms and settlement policy at the UK’s Financial Conduct Authority, said: “The large-in-scale waiver will be consulted on as part of ESMA’s work on MiFID II implementation. But it’s a complex issue and the industry needs data to justify its desire to reduce the large-in-scale threshold.”

“Remember that MiFID II has been focused on increasing transparency and there are some who see the only options for the large-in-scale waiver is for the threshold to stay the same or go up, so they will need to see convincing evidence on why it should be reduced.”

Mike Seigne, head of electronic trading for Europe at Goldman Sachs, agreed that smarter ways of trading in order to utilise the large-in-scale waiver will be important, and said that the effective banning of broker crossing networks under MiFID II has led to his firm focusing on new ways to help clients do create larger orders.

“We’re looking at various techniques, such as algorithms which can improve child order sizes in order create larger executions and bring trades up to the large-in-scale threshold.”

He added: “The caps will have the biggest effect in the ‘liquidity challenged’ small- and mid-cap world and I think this will increase demand for more broker capital to be provided electronically. The challenge for brokers is how we can provide that and manage the risks.”

Other firms are also looking at extending their block trading capabilities in response to MiFID II, with both Bank of America Merrill Lynch and LSE-owned multilateral trading facility Turquoise stating they are developing new functionality to help the buy-side trade in size.