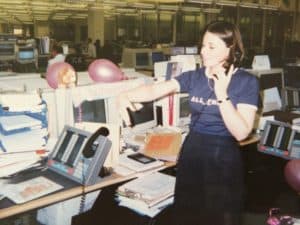 When I began my career in the 1990s as a sales trader at one of the world’s leading banks, the trading sphere was a very different place to what it is today. For one, the size of my computer and telephone system, as well as the space they occupied and how cumbersome they were to use would be inconceivable to the young trader starting out today.

But these past 20 years have been characterised by rapid change – change which has fundamentally altered the way the trading world operates. The emergence of electronic communication networks (ECNs) enabled the trading of financial products outside of traditional stock exchanges, giving way to a rapid rise in online trading. The complex event processing (CEP) engine, a system for processing real-time information developed in the 90s, found its way into the very heart of trading systems to help firms structure and contextualise available data to inform trading behaviour.

But the future of trading was altered forever with the data ‘big bang’. As personal computers became more powerful and prevalent, new data streams emerged, feeding the growing appetite of the evolving trading systems. This insatiable appetite for data continues to be the defining characteristic of the industry today. Low-latency and geographic proximity to relevant data feeds became the key differentiators in traders’ performance, while technology continued to lower the cost of trading and barriers to entry, leading to increased competition. This was supported by regulatory bodies who have always championed competition as a positive development for the end-investor.

Over time, firms became ever more reliant on technology and global financial markets became increasingly interconnected. Against this backdrop, the 2010 flash crash does not look like an unlikely occurrence – yet it caught the market off-guard, wiping out close to $1 trillion in stock market value. It may have been the first (but certainly not the last) incident of its type and scale, with others following in 2015, 2016 and more recently in 2019, leading many to conclude that technology and the trading practices it has paved the way for are to blame.

Yet, as we reflect upon the past 20 years and look ahead to the new decade, it is important to think of technology as an enabler in trading. Much has been achieved already on that front. Automated execution systems and, more recently, the rise of artificial intelligence (AI) and machine learning (ML) have allowed traders to reinvent themselves as key decision makers and focus on activities where they can add most value, hugely benefitting the end-investor too.

What is more, technology can be a force for good. The self-learning characteristics is the very definition of AI/ML solutions. ML’s ability to recognise patterns and learn from data, with the underlying system becoming more intelligent over time is something that is already widely used in trading. As the application of AI/ML continues to expand, we may see a decrease in the frequency of tech-led crises, such as the previously described flash crashes, significantly enhancing the robustness of the financial system.

As the role of technology in trading continues to expand, industry is faced with two key challenges that will need to be addressed in order to future-proof the marketplace. 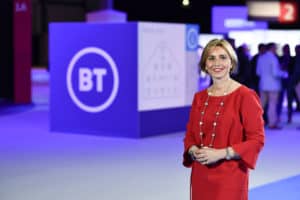 One is technical. In order to ensure that maximum benefit is derived from new technologies without compromising the stability of the financial system, agreeing global standards as they pertain to new technology applications in trading is key. The industry has some experience in successfully agreeing and implementing such standards.

For example, the FIX Protocol specification, originally created in 1992 to enable electronic communication of equity trading data between Fidelity Investments and Salomon Brothers, is still very much in use by both buy- and sell-side firms. It is widely regarded as the de facto messaging standard for pre-trade and trade communication in the global equity markets.

Another is emotional. The issue here is two-fold. As the trading systems become more and more automated, human traders are having to learn to trust that technology will not make errors while continuing to keep a watchful eye on automated processes.

Furthermore, it is important for traders to see that new algorithms aren’t coming for the traders’ jobs. Trading is a complex science and, as numerous studies prove, when things get complicated, human intelligence cannot be replaced. Unique insights based on human observations will continue to have an immense value. If anything, new technology tools will further augment the role of the trader, turning them into the ‘super-traders’ of the future, supported by best technology capabilities.