The TRADE > News > Buy-Side > The evolution of the trader 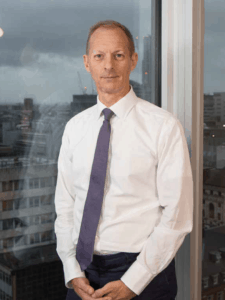 Looking back over the past 35 years, the Big Bang in London (October 1986) was essential in the evolution of trading and the industry as a whole. Broadly speaking, the Big Bang was about moving from fixed rate commissions, which massively opened up competition in the City, accelerating expansion of the industry and adoption of new working practices. The most fundamental change was moving from floor trading to screen-based trading.

Before the Big Bang, the industry was far smaller and essentially a clique. Post Big Bang, with the injection of investment through takeovers of traditional London City houses, by mostly US banks, expansion of the industry happened at a much faster pace.

Pre-Big Bang, almost everyone had a nickname on the trading floor and without doubt there were some real characters. Loud shirts with butcher stripes matched with braces and suits with colourful linings were a la mode. As we moved to screen-based trading, and the industry grew, it attracted a more and more diverse workforce. This meant less of the ‘well connected’, sometimes known as ‘Tim nice but dim’, and a few more barrow boys, whom seemed to all come from Essex! They were all able to reap the rewards of this fast-growing industry. This was the era of conspicuous consumption (1988) with magnums of champagne, fast cars, expensive clothes, and the City did not want to be left out.

At a very broad level, ‘Tim nice but dim’ (who was always destined for a job in the City, because he knew someone who worked for someone else and he got the job that way) was successful through connecting with other people who had come from the same  background. They usually gravitated towards sales and agency broking. The ‘barrow boys’ were more suited to market making. This played to their behavioural strengths of quick mental maths, competitiveness and high energy.

Pre-Big Bang, I don’t remember regulation even being discussed. However, as the years/decades have rolled by, more and more regulation has been layered onto the industry, delivering some fundamental changes, such as the separation of the cost of research from execution. Today, the industry is a much greyer place as the regulation has become tighter. Some have argued that it has become too onerous, but ultimately the industry, and more importantly all clients, are in a better and safer place now compared to all of those years ago.

The early 1990’s saw the emergence of trading technology; this was predicated on the trading having moved to screens from the floor. From 1995 onwards, I started to explore the use of trading algorithms, which was a hugely different concept to picking up the phone to a broker/dealer and watching prices on a screen. I remember building a Parsing engine to use for program trading. At the time it seemed so sophisticated, and hi-tech. Looking back now, it was more akin to an egg box with a bit of cello tape – at best! It did, however, allow us to electronically send information instead of faxing a list of stocks to a broker.

Decades ago, traders were successful on the trading floor because they had a specific set of skills. They maybe had the skills to foretell who was a buyer or seller by observing body language or other cues whilst on the trading floor, or they were simply able to wade their way through a packed trading floor to find the price they needed.

Each and every trader had their specific skill for trading on the floor but post Big Bang and the shift to screen-based trading, it was clear we needed entirely different skillsets. The change happened, literally overnight. The last day of floor trading was a Friday and then on Monday we were in a new office trading via screens. I remember one trader phoning me exasperated because he had no idea what he was doing – staring blankly at a load of numbers on a screen. During that period, some traders simply couldn’t adapt to the changes and left the sector altogether.

The speed of evolution across the industry has accelerated significantly. Technology has acted as an enormous catalyst for the types of trades that we execute, and how they are executed. Trading is far more quantitatively driven today, and largely revolves around the hunt and use of data. It is clear to me that the trajectory of the trading role is becoming less transactional in nature and driven by a more intellectual rigour.

Market participants have to be more open-minded about change and adaptation than before. With the evolution, the industry has become more focused on meritocracy. The skillsets now required are a world away from what was required, and, it is clear that a trader’s ability to adapt remains as important today as all those years ago.