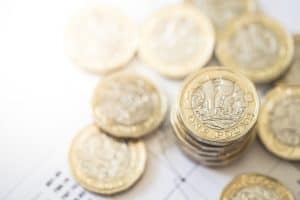 Last year, The TRADE introduced the first ever (unofficial) mergers and acquisitions awards, featuring some of the biggest deals inked between major players that significantly impacted the market and saw some of the industry’s established names, such as NEX Group and ITG, become absorbed into new ownership.

While 2019 may not have lived up to the same levels of M&A activity witnessed in 2018, there has nonetheless been no drought of drama and deals being struck across the industry, most significantly in the exchange space, where tensions were raised and bids have flown across the globe, with varying degrees of success.

With a cast of players including London Stock Exchange Group and Hong Kong Exchanges & Clearing, Euronext and Nasdaq, Refinitiv and Liquidnet, The TRADE’s second (and still very unofficial) M&A awards runs the rule over the most noteworthy of this year’s M&A activity so far…

Without a doubt the biggest M&A deal of the year and, quite possibly, one that will change the game for many market participants that do business with the London Stock Exchange Group in future: A combined LSEG-Refinitiv entity would create a data and trading powerhouse with few rivals that possess such scale.

Discussions between the two firms were announced in late July along with a £22 billion price tag for the former Finance & Risk division of Thomson Reuters. By the start of August the offer was officially confirmed and an agreement was in place for the deal to go through. LSEG chief executive David Schwimmer hailed the acquisition as “transformational” for the exchange and there were few in the markets that opposed that view; analysts agreed that this was a pure-data play, one that would boost the group’s revenues significantly and position the combined entity as a serious threat to Bloomberg’s dominance of the financial data world.

One analysis detailed that the deal would see the “$2.8 billion exchange become an $8.4 billion exchange/market data giant”, while LSEG would also gain significant footing in the fixed income and foreign exchange markets.

A knock-on of the deal also ended Deutsche Börse’s interest in acquiring Refinitiv’s FX trading platform, FXall; talks between the two firms had been confirmed in April, with a $3.5 billion price tag touted in the media, although the German exchange operator disputed the figure as “entirely unfounded”.

At the time of publication, the LSEG-Refinitiv had not been finalised and there will be some hurdles to clear before the union is complete. Regulators and the UK’s Competition and Markets Authority are sure to be taking a very close look at how the combined entity plans to operate, and may require some of the business’s units to be clearly separated.

In mid-September, Schwimmer stated that the integration between the two organisations could take up to five years to complete, although he expected “to get most of those synergies within the first three years of closing the deal”.

Out of seemingly nowhere in mid-September came what could rightly be considered the most audacious acquisition offer of the year. Not only had Hong Kong Exchanges & Clearing (HKEX) offered £20.45 a share in cash and 2.495 newly issued HKEX shares– representing a total valuation of £32 billion, far in excess of the fee mooted during the discussions between LSEG and Deutsche Borse three years ago.

But the valuation involved wasn’t the only issue LSEG had with it described as an unsolicited offer; HKEX publicly announced the bid just two days after its submission, LSEG cited a host of complexities that would arise should the offer be taken seriously. Top of the list was HKEX’s stipulation that should its offer be accepted, LSEG would have to terminate its own acquisition plans for data giant, Refinitiv.

The Chinese exchange group stated that it too had grand plans for future technology and data development, primarily a new digital trading platform. The UK exchange reiterated its commitment to the Refinitiv deal in its response as well as a preference to continue to focus on its direct connections to China through the Shanghai Stock Exchange, with which it operates the Stock Connect initiative, which went live in June.

Undeterred, HKEX chief executive, Charles Li, kept up the offensive and said that LSEG shareholders should have the opportunity to analyse, in detail, both its offer for LSEG and the Refinitiv transaction.

By signalling intent to engage directly with LSEG shareholders, rather than the board, the tension between both sides ratcheted up a notch – a fact which was evident when both Li and LSEG chief executive, David Schwimmer, gave back-to-back keynotes on the same morning during this year’s Sibos conference.

While the rest of the UK is mired in the Brexit saga, LSEG has continued to perform well across its different business lines and is betting big on data, an element that the asset management community is investing heavily in. As such, it was unsurprising when, on 8 October, Charles Li made a statement that HKEX would not be pursuing its offer for LSEG, saying that “the level of engagement from LSEG led us to conclude that the continued pursuit of a combination of the two businesses would not be in the best interests of our own shareholders.”

In response to HKEX’s withdrawal, LSEG issued a statement saying that it remains “committed to and continues to make good progress on its proposed acquisition of Refinitiv”. A predictable end to the year’s most audacious acquisition attempt.*

While the HKEX-LSEG offer could have taken the title for most dramatic deal this year given the scale of the institutions involved, this award goes to a deal that actually closed. At times it was hard to keep track of who was out-bidding who in this, the most protracted acquisition tussle of the year, as two exchange groups duked it out over a target with only a fraction of their combined daily trading volumes.

In a series of offers, counter-offers and very attention-seeking press releases, Oslo Børs eventually wound up under the ownership of Euronext in May, having courted both the pan-European exchange group and its US-based counterpart Nasdaq since the end of 2018 – somewhat reminiscent of last year’s winner in this category, the acquisition of Fidessa by ION International.

Euronext made the first move in this tussle when it increased its existing stake in the Norwegian exchange from 49.6% to 60%, a precursor to a full acquisition bid from Euronext, valued at NOK 6.24 billion (¤625m). For their part, Oslo Børs saw a good opportunity to attract a higher offer from elsewhere and invited interested parties to step forward to “find the optimal solution in the best interests both of shareholder value and of the functions of the group’s stock exchange and central securities depository activities in the Norwegian securities market.”

While Euronext aimed to increase its footprint in Europe by adding Norway as one of its hubs, Nasdaq sought instead to consolidate its already significant presence in the country by outbidding its rival with a £770 million offer.

Four months of back-and-forth ensued, with Nasdaq blinking first and allowing Euronext to complete the acquisition in mid-July. The two organisations, alongside London Stock Exchange, now represent the three main trading venue operators in the Scandinavian region and Euronext will have been well pleased to secure one of the few remaining independent exchanges in Europe and expanding its own infrastructure and capabilities at a time when scale is an important feature of any trading venue operator.

While there was hardly much of a sustained spending spree by any one firm throughout the trading or FinTech markets, Liquidnet did complete a couple of interesting deals this year. First it acquired institutional research marketplace and aggregator RSRCHXchange in May, expanding its platform to provide its significant client base with access to global market research, an area that has been shaken up since the introduction of research unbundling under MiFID II in Europe, even in the American and Asian regions. Liquidnet followed that deal with the acquisition of natural language processing (NLP) specialist, Prattle, a month later. Having acquired NLP vendor OTAS Technologies in 2017, Liquidnet clearly views that factor of artificial intelligence technology as a lucrative growth area for its clients, and alongside its deal for RSRCHXchange, is targeting some of the most important market changes among the buy-side through its acquisitions.

Refinitiv has been in the thick of the M&A space in Q3 this year but also completed an acquisition of its own in June, adding a valuable link to its buy-side offering through the purchase of order management specialist (OMS), AlphaDesk. Terms of the deal were not made public, but the missing element of Refinitiv’s portfolio of tools for buy-side traders was filled by the addition of multi-asset and multi-currency OMS capabilities. As well as slotting neatly in with Refinitiv’s cloud-based approach, the OMS will be integrated with its existing REDI execution platform and flagship Eikon desktop, to form what Refinitiv calls its end-to-end offering.

Not to be left out of the exchange M&A merry-go-round this year, Deutsche Börse closed its acquisition of analytics firm Axioma in mid-September, to form the interestingly named new business division, Qontigo. The new intelligence division incorporates Axioma’s portfolio construction and risk analytics tools with the exchange operator’s indices STOXX and DAX, and aims to address what the German exchange operator views as key issues for the industry, covering the rise of passive investing and smart beta, new technology infrastructure for scale, and the shift towards customisation of services.

*This article has been updated from the published version in The TRADE Issue 61 to reflect subsequent developments.