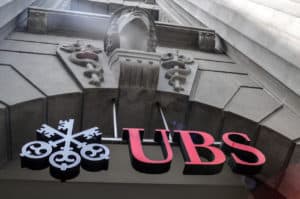 UBS has been fined HK$400 million for overcharging clients over a ten-year period by increasing the post-trade spread on bond trades for 5,000 client accounts.

According to the Securities and Futures Commission of Hong Kong (SFC), UBS had serious systemic internal control failures related to the overcharges, which took place between 2008 and 2017 and affected around 28,700 secondary bond and structured notes trades.

UBS increased the spread after executing trades to retain price improvement, even when the execution price achieved was better than the limit order price, without informing clients. Account statements were also falsified and the spread amount was misreported to hide the overcharges.

“The SFC expects all intermediaries to uphold high standards of integrity when managing trades for clients,” said Ashley Alder, CEO of the SFC. “UBS fell far short of these expectations by systematically overcharging a very large number of clients over many years. Although each overcharge represented a fraction of each trade, UBS’s misconduct involved deception and a pervasive abuse of trust resulting in significant additional revenue for UBS to which it was not entitled.”

The SFC added that UBS failed to report its spread overcharge practices until two years after the misconduct was identified. It also concluded that malpractices were the result of serious systemic failures, inadequate policies, lack of staff training, as well as first- and second-line defence function failures.

When considering the fine, the SFC said it considered the fact that 20 employees at UBS saw disciplinary action related to the errors, and it has since appointed independent reviewers to find the root causes of the spread overcharge practices.